Syria says it does not want to fight with Turkey - GulfToday 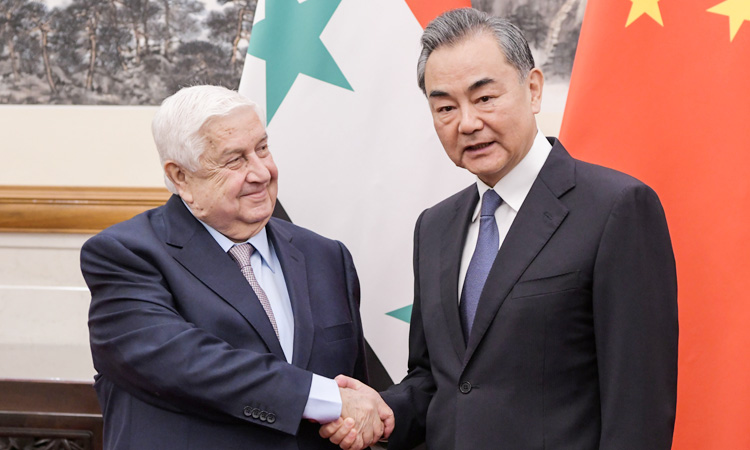 Russia, which supports Syrian President Bashar al-Assad in his country's civil war, and Turkey, long a backer of rebels, co-sponsored a de-escalation pact for the area that has been in place since last year.

But the deal has faltered in recent months, forcing hundreds of thousands of civilians to flee. Idlib is the last remaining bastion of anti-government rebels after eight years of civil war.

“We hope that our military and the Turkish military do not fight. This is our principled stance,” Syrian Foreign Minister Walid al-Moualem told reporters in Beijing, standing alongside the Chinese government's top diplomat, State Councillor Wang Yi.

“What we are fighting is terrorists, especially in Idlib, which is Syrian territory, part of our country,” Moualem said in Arabic comments translated into Chinese.

“The question now is, what does Turkey want to do in Syria? Turkey is occupying part of Syrian soil, and has a military presence in certain parts of Syria,” Moualem added.

“Are they protecting the Nusra Front? Are they protecting certain terrorist forces including the East Turkestan Islamic Movement?” he said, referring to an extremist group China blames for attacks in far western Xinjiang with operations elsewhere.

“This question needs to be asked of Turkey, what are their actual aims? We are fighting those terrorist groups and organisations. The whole world believes those people we are fighting are terrorists.”

Since April, Syrian government forces have stepped up shelling and bombing of the area, killing scores of people.

The rebels say the government action is part of a campaign for an assault that would breach the de-escalation pact.

The government and its Russian allies say the action is in response to rebel violations, including the presence of fighters in a demilitarised zone.