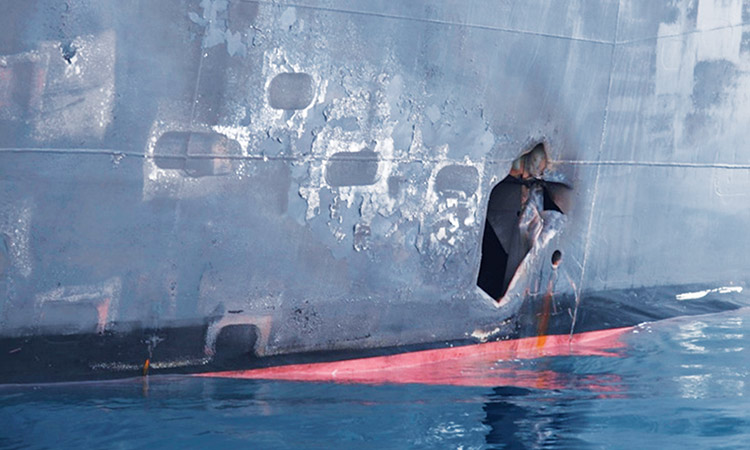 An image shows the damage on the starboard side of Kokuka Courageous. Reuters

The cabinet called for “decisive action to ensure the safety of navigation in the waterways of the region... in the face of threats to energy markets and the dangers to the global economy,” the official Saudi Press Agency said.

The request comes after the Japanese-owned Kokuka Courageous, loaded with highly flammable methanol, came under attack last Thursday as it passed through the Gulf of Oman along with the Norwegian-operated Front Altair.

It was the second assault in a month in the strategic shipping lane.

US President Donald Trump has said the operation had Iran “written all over it”, rejecting Tehran’s vehement denials.

The view was echoed by Saudi Arabia, a close US ally and a bitter regional rival of Iran.

In his first public comments since the attacks, Saudi Crown Prince Mohammed Bin Salman said Sunday he would not hesitate to tackle any threats to the oil-rich kingdom, while holding Iran responsible for the twin attacks.

Iran has repeatedly warned in the past that it could block the strategic Hormuz Strait in a relatively low-tech, high-impact countermeasure to any US attack.

While he did not outline any concrete steps after the attacks that damaged two tankers on June 13, Falih said the kingdom would do everything necessary to ensure safe passage of energy from Saudi Arabia and its allies in the region.

“We’ll protect our own infrastructure, our own territories and we are doing that despite the attempts to target some of our facilities,” Falih told reporters in Tokyo.

“But sea lanes of global trade need to be protected collectively by other powers as well. We believe that’s happening, but we need to make sure the rest of the world pays attention,” he said after a Japan-Saudi investment conference.

Falih expects the Organization of the Petroleum Exporting Countries (OPEC) and other producers including Russia to meet the week after the G20 summit to be held in Osaka on June 28-29, to discuss an extension of a supply output cut agreement.

Saudi forces have intercepted two explosives-laden Yemeni rebel drones, one of which targeted a southern city that has repeatedly come under attack over the past week, a Riyadh-led military coalition said early on Tuesday.

One of the drones targeted a civilian area in Abha city and the second was shot down over Yemeni air space after it was launched towards the kingdom, the coalition fighting the Iran-linked Huthi rebels said in a statement released by the official Saudi Press Agency.

The coalition reported no casualties from the attacks late Monday.  Huthi-run Al-Masirah TV reported earlier that the rebels had launched drone attacks on Abha airport, which they have repeatedly targeted over the past week.

The rebels claimed another drone strike on Abha airport early Monday, but it was not immediately confirmed by the coalition.

The attacks come amid spiralling regional tensions with Iran, which Saudi Arabia has repeatedly accused of arming the rebels with sophisticated weapons. Tehran denies the charge.

Following recent rebel attacks, Saudi state media has reported the coalition was intensifying its air raids on rebel positions in the northern Yemeni province of Hajjah and the rebel-held capital Sanaa. 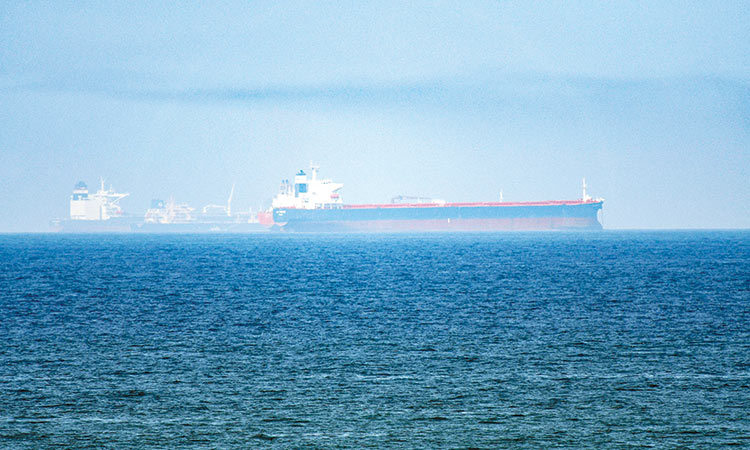