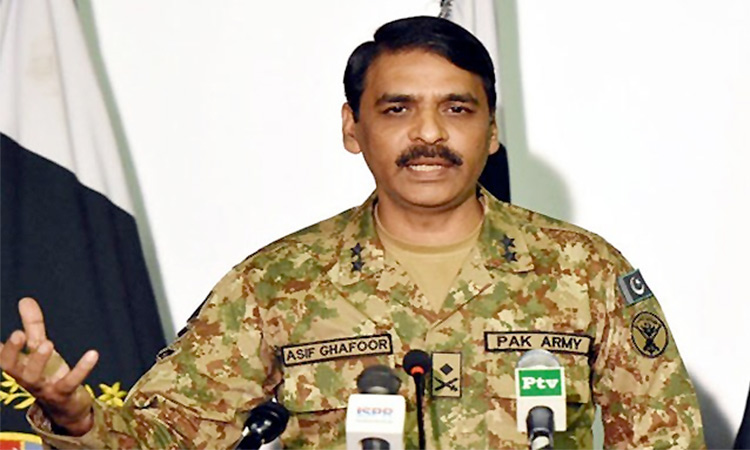 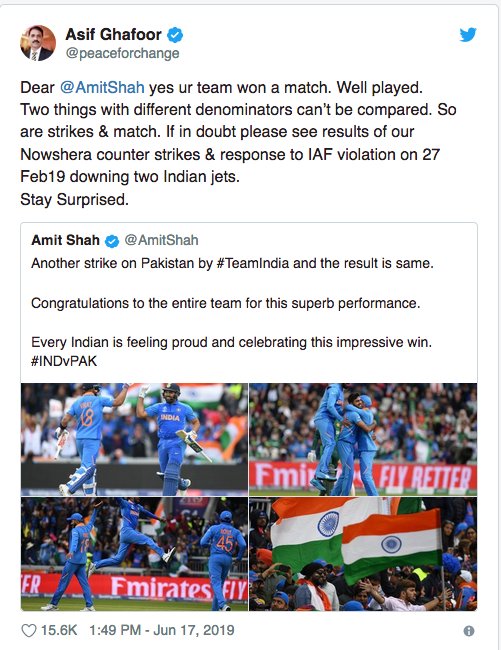 Earlier, following defeat of Pakistan, Indian Union Home Minister had tweeted referring to fake air strike in Pakistan that “Another strike on Pakistan by Team India and the result is same.”

"Congratulations to the entire team for this superb performance. Every Indian is feeling proud and celebrating this impressive win," added Shah, who heads the cricket association in his home state of Gujarat.

With such a history, cricket clashes are regularly tainted by the political rivalry between the two. Many Indian fans view a win against Pakistan as a matter of national honour, while defeats are looked down upon as disasters.

India beat Pakistan by 89 runs in Manchester on Sunday and have now won all seven of their games against their arch-rivals since the World Cup began.

Veteran journalist, Rajdeep Sardesai, son of a former Indian cricketer, said the match was "a bit like the state of the two countries at the moment."

Sadanand Dhume, an Indian writer based in the United States, said it was a domineering performance.

"In most matters, I believe India should treat Pakistan with maturity and moderation. But in cricket utter and total domination and abject humiliation work just fine," he wrote on Twitter.

Indian newspapers lavished praise on the team, splashing banner headlines and photos on their front pages.

The Indian Express called it a "No match," to underscore how Pakistan were completely overwhelmed.

The Times of India said "mediocre" Pakistan were "stymied by a lack of intent and a disciplined, unyielding performance in the field by the Men in Blue."

Visibly frustrated by the advertisements, Sania took to Twitter and said that there was no need to "hype up" the India-Pakistan match with rubbish.