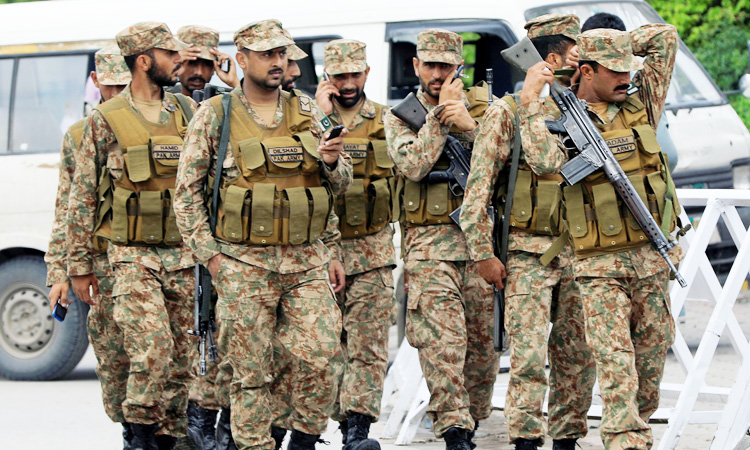 Army soldiers arrive at the premises of distribution point where electoral workers gather to collect election materials, ahead of general election in Rawalpindi, Pakistan. File photo/Reuters

Police said on Monday that an unknown person called the activist to come to the Karachi Company neighbourhood, where he and his cousin were attacked with daggers.

The cousin was in critical condition.

In addition to his activism, Khan was a freelance journalist.