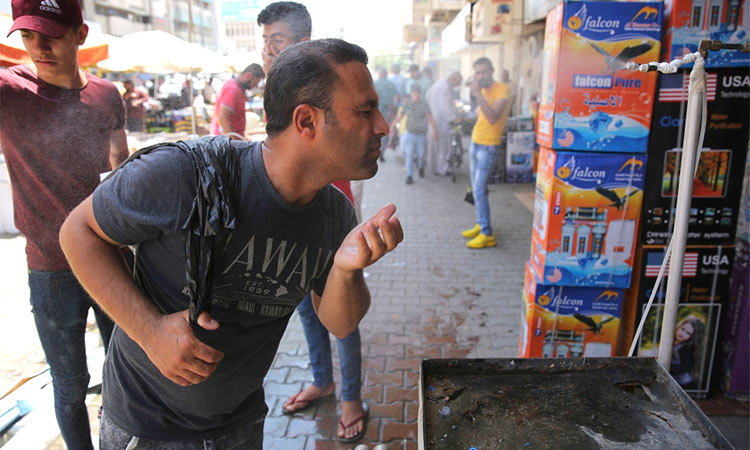 An Iraqi man uses a curbside shower to cool off during a heatwave in Baghdad on Saturday. AFP

As one of the hottest countries in the world with around half of its terrain covered in desert, Iraq is no stranger to stiflingly hot summers.

But even by its own standards, this June has been a sizzler — averaging a daily 48˚C, compared to around 40 in previous years.

Across the country, Iraqis have sprung into usual routines to cope: wrapping outside door handles in tape to stop them getting too hot in the sun, keeping a change of clothes in the car, or stepping fully-clothed into curbside showers to cool off. 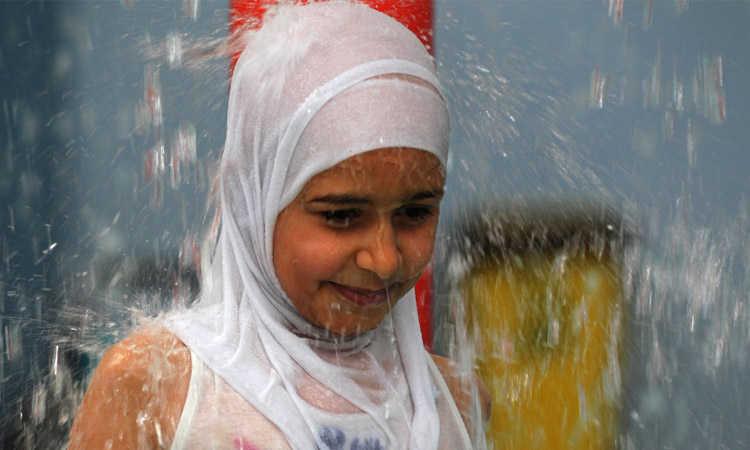 A young Iraqi girls cools off at an indoor water park in Baghdad on Saturday. AFP

Working hours have changed, with businesses opening and closing later to take advantage of the cooler evenings.

Baghdad residents shutter themselves away during the searing afternoons, then re-emerge around midnight or later for a belated dinner in the manageable 35˚C heat.

"People are hesitating to come to the hospital because the electricity is cutting 17 times per day," he told AFP.

Private clinics purchase their own generators to keep machines running during the outages, but these remain unaffordable for many of Iraq's 40 million citizens.

Some people are buying fewer groceries, fearing they'll spoil if it's too hot and the power goes out.

Like most residents, he gets up to 12 hours of state-provided electricity per day and supplements them by paying for a generator so his wares don't go bad.

Further south in the oil-rich province of Basra, the heat has reached life-threatening levels. 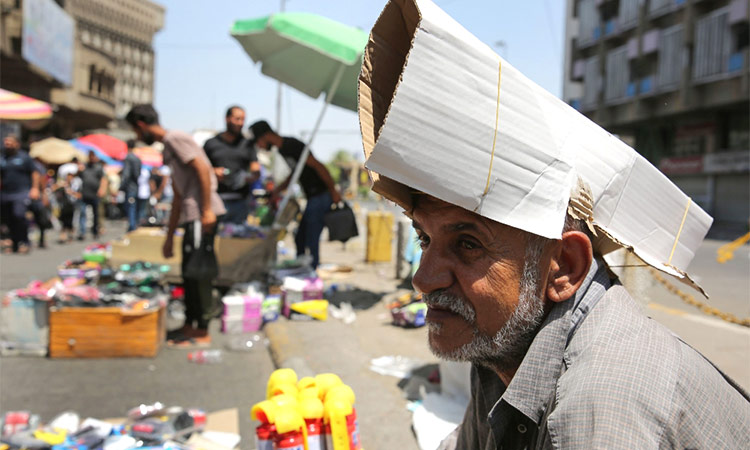 An Iraqi street vendor protects his head from the sun by using a piece of cardboard in Baghdad on Saturday. AFP

Oil companies have hoisted purple flags above their facilities to signal the highest possible danger levels for those working on the fields given the heat wave.

Even Iraq's football league has been forced to make adjustments for its national championship, which falls during the summer months.

There are dozens of outdoor arenas, but only five of them have the floodlights necessary for nighttime games and athletes are forced to play during the day.

That puts them at risk of dehydration, heatstroke and other conditions, says sports nutritionist and football coach Lotfi Moussawi.

"The players suffer from hypoglycemia, breathing problems, and extreme fatigue that could even reach the point of fainting," Moussawi told AFP. 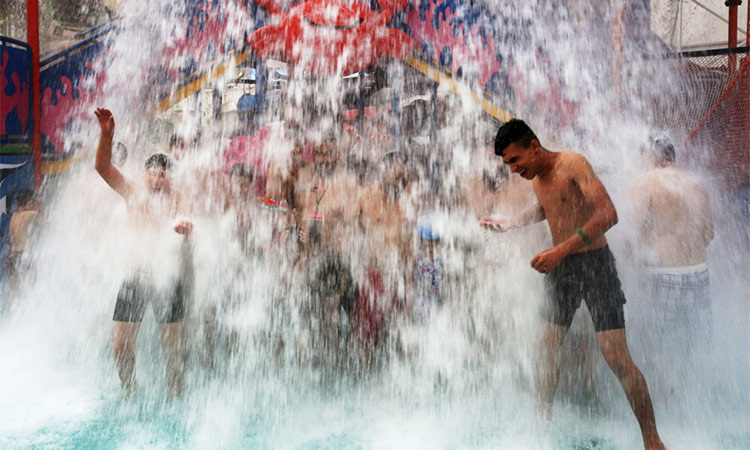 Iraqis cool themselves at an indoor water park during a heatwave in Baghdad on Saturday. AFP

To mitigate the risks, referees pause matches every 15 minutes to allow players a sip of water and a few moments in the shade.

"Players then undergo medical and physical examinations" to make sure the heat has not left any adverse after-effects, says Khayam Al Khazarji.

Khazarji is the communications head for Al-Kahraba, one of Iraq's several dozen football clubs, many of which are linked to government bodies.

The ministry is in the public's crosshairs every summer due to outages, which occur year-round but are more common and damaging during the hot months.

The United States has granted Iraq another 90-day waiver to continue with vital energy imports from neighbouring Iran despite re-imposed sanctions, a government source said on Saturday.

The extension came after "long discussions" with Washington ahead of a looming deadline on a previous extension granted in December, the official, close to the negotiations, told AFP. 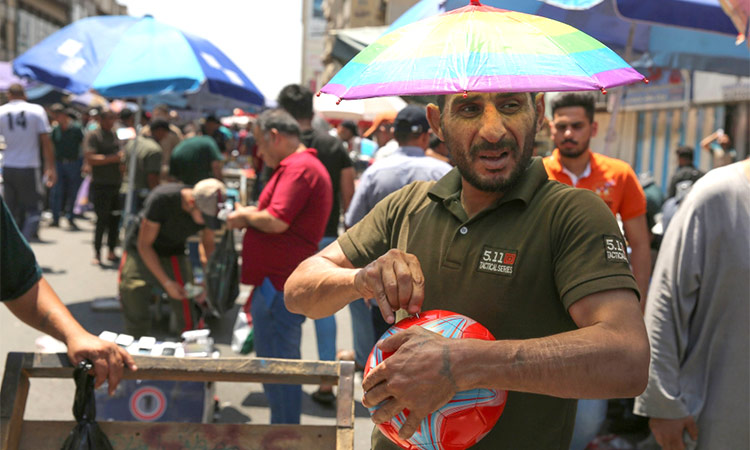 An Iraqi street vendor wears an umbrella-shaped hat to protect his head from the sun in Baghdad on Saturday. AFP

Iraq pipes in up to 28 million cubic metres of Iranian gas a day for power generation and also directly imports up to 1,300 megawatts of Iranian electricity.

As the focal point for public anger, however, electricity ministers in Iraq almost never finish their full four-year term.

Last year, the minister of electricity was ousted after a wave of protests over power and water that rocked the country's south.

His successor, Luay Al Khateeb, has sought to ramp up the grid before the summer to avoid the same fate.

That involves building new power plants, but also repairing decrepit transmission lines that, according to the International Energy Agency, lose up to 40 per cent of generated electricity before they reach homes.

Khateeb had promised 20 hours of state-provided power daily this summer and has already faced public criticism over failing to do so, with hundreds of protesters hitting the streets in Basra and Diwaniyah.

With temperatures set to rise further in the weeks ahead, government officials are bracing themselves.

"The heat is reaching levels we haven't registered since 2011," says Amer Al Jaberi of the state meteorological office.  "It's going to be a hot summer," says Jaberi.