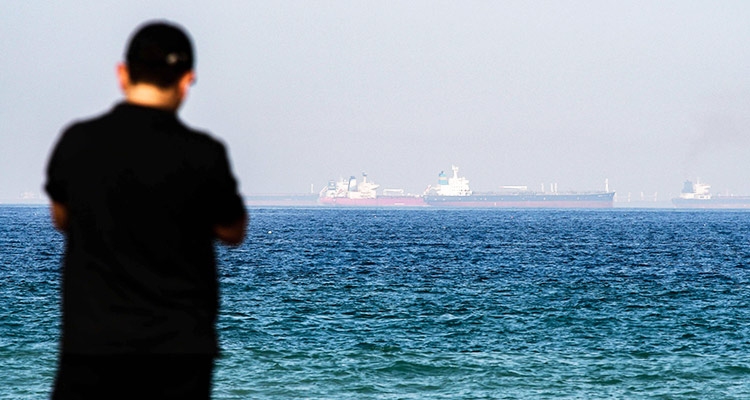 A man stands along a beach as tanker ships are seen in the waters of the Gulf of Oman.

One of the two oil tankers crippled in attacks in the Gulf of Oman last week that Washington and Riyadh have blamed on Iran is now anchored off the coast of the United Arab emirates with crew on board, the ship's operator said on Sunday.
Damage assessment on Japan's Kokuka Courageous and preparation for ship-to-ship transfer of its cargo would start after authorities in Sharjah, one of the UAE's seven emirates , complete security checks, Bernhard Schulte Shipmanagement said.
Thursday's attacks, which also hit Norwegian tanker Front Altair, have heightened tensions between Iran and the United States and its Gulf allies after similar blasts in May struck four ships, including two Saudi oil tankers, off the UAE. 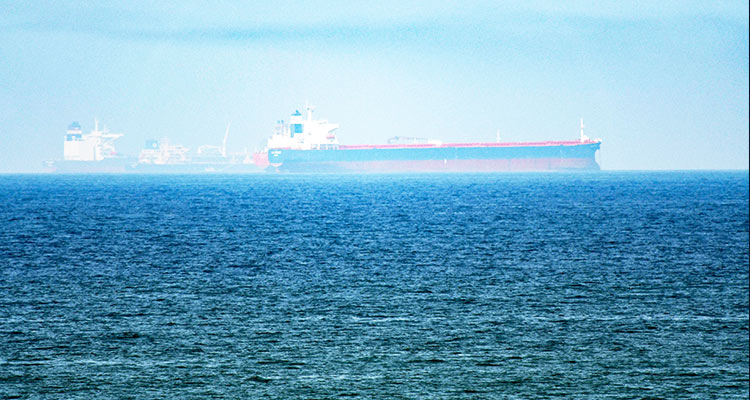 Tanker ships in the waters of the Gulf of Oman off the coast of the eastern UAE emirate of Fujairah.

Tehran has denied any involvement in the attacks near the Strait of Hormuz, a major transit route for global oil supplies.
The Front Altair is sitting off the coast of Sharjah's Khorfakkan port while the Kokuka Courageous is anchored off the emirate's Kalba port, according to Refinitiv Eikon ship tracking data.
"Our crew remain on board the Kokuka Courageous. They are safe and well," Bernhard Schulte said in a statement. It said there was no fixed schedule for transfer of the methanol cargo.
The Kokuka Courageous's 21 crew members were returned to the vessel by the US Navy's Bahrain-based Fifth Fleet after being rescued.
The crew of the Front Altair, who had been picked up by Iranian boats, departed Iran from Bandar Abbas airport to Dubai International Airport on Saturday, the ship's operator Frontline said.
A specialist team will inspect the Front Altair for damages. 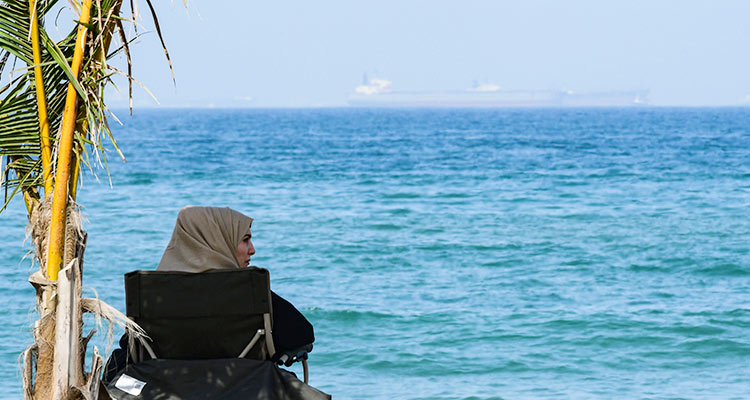 A woman sits along a beach as tanker ships are seen in the waters.

It was not clear who would take part in assessing damage to the tankers. After the May 12 attacks, in which a Norwegian-registered tanker was also hit, the UAE launched an investigation in cooperation with the United States, Saudi Arabia, Norway and France, which has a naval base in Abu Dhabi.
The UAE has said the probe shows that a state actor was behind last month's operation, without naming a country, and that naval mines were most likely used.
The United States and Saudi Arabia have directly blamed Iran for both last week's and last month's ship attacks.Crown Prince Mohammed Bin Salman on Saturday called on the international community to take a "decisive stand" but said Riyadh does not want a war.
The attacks have raised fears of broader confrontation in the region where the United States has boosted its military presence over perceived Iranian threats.
Reuters