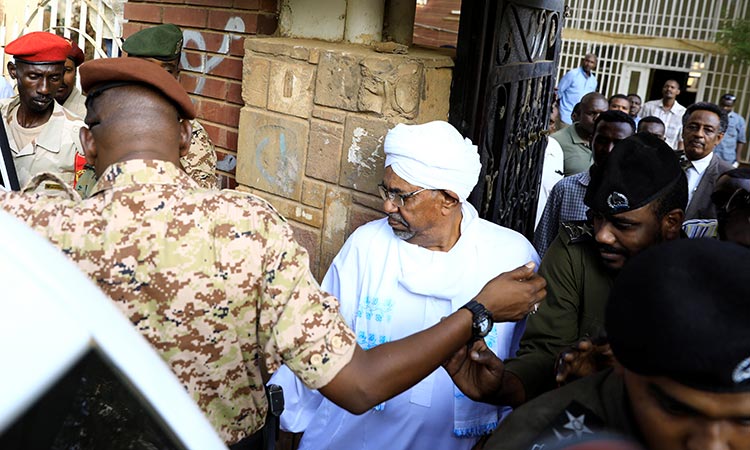 Wearing traditional white robes and turban, he was driven to the prosecutor's office in Khartoum, witnesses said.

Looking much the same as prior to his ouster, he walked briskly from the vehicle into the building, smiling and speaking with the guards escorting him. Minutes later he walked out scowling after prosecutors read out the charges he faces.

He said Bashir was given a chance to respond to the charges. His lawyers declined to answer reporters' questions.

The military overthrew and detained Bashir on April 11 after 16 weeks of street protests against his 30-year rule. He was being held in prison in Khartoum North, across the Blue Nile from the capital's centre.