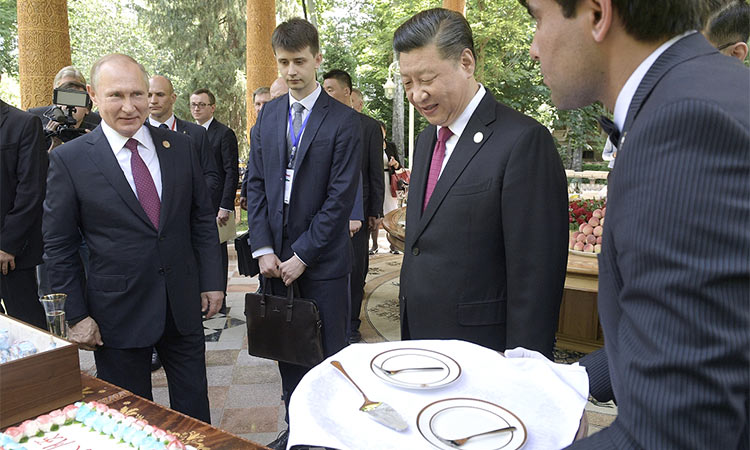 The discussion of senior leaders’ private lives is extremely rare in China, and the exact birth dates of most of them are not revealed publicly, as they are considered a state secret.

State television showed pictures of Xi and Putin holding up champagne glasses to toast Xi’s birthday at the hotel he is staying at in Dushanbe, the capital of Tajikistan, where they are both attending a regional summit. 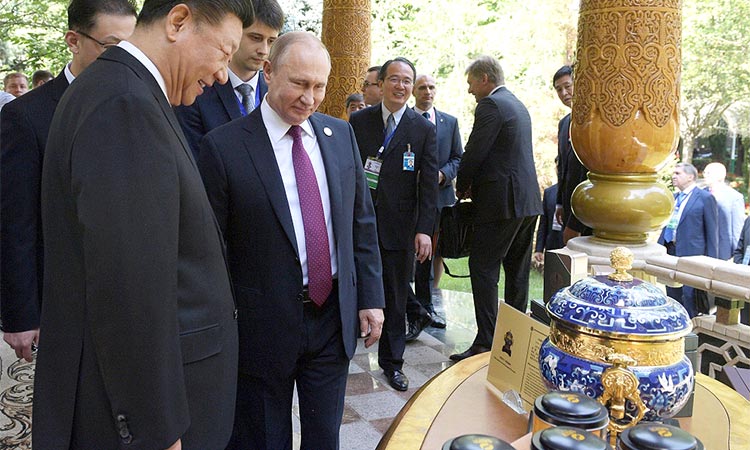 Vladimir Putin meets Xi Jinping to congratulate him on his birthday in Dushanbe on Saturday. Reuters

While Putin gave Xi Russian ice cream — the flavour was not mentioned — Xi gave Putin back some Chinese tea, the report said.

Xi thanked Putin and said that in China Putin was extremely popular, it added.

It was not immediately clear if Xi ate any of the cake. 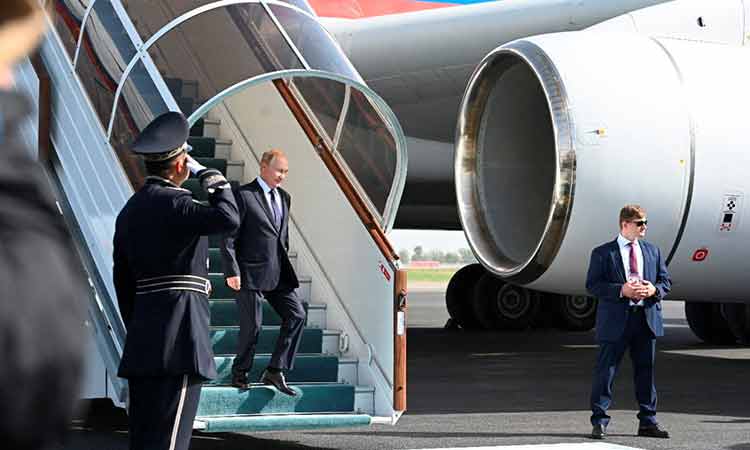 The meeting of the eight-nation Shanghai Cooperation Organization comes at a time when Putin is isolated abroad following his invasion of Ukraine. Beijing's relations with Washington, Europe, Japan and India are strained by disputes over technology, security and territory.

The lifeblood of intelligence agencies is threat inflation: exaggerating the gravity of the dangers menacing the public, and calling for harsher laws to cope with them.