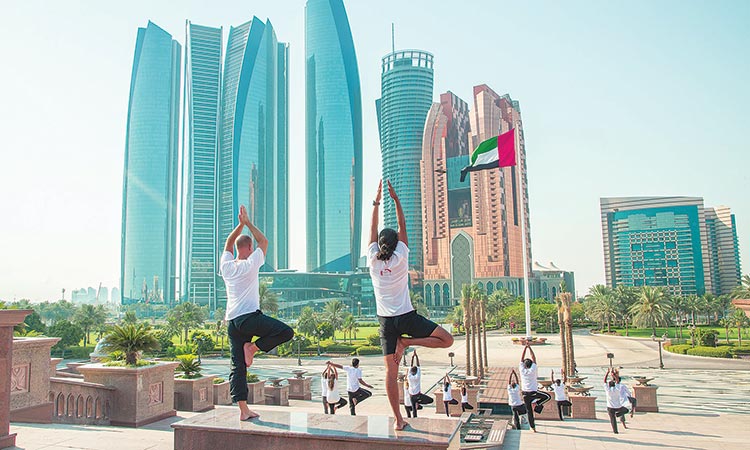 Free entry to the park, parking facility, yoga mats and yoga T-shirts will be provided to all the participants at the Umm Al Emarat Park, Abu Dhabi, on a first-come, first-served basis.

Addressing the local media persons in Abu Dhabi on Thursday, Ambassador of India to UAE Navdeep Suri urged the Indian community members, Emirati friends and the expat population to participate in huge numbers.

He also thanked UAE authorities and the community for their support.

In the run-up to the event, photo shoots of yoga enthusiast performing yoga at iconic locations of Abu Dhabi including Emirates Palace, Etihad Towers and Louvre Abu Dhabi Museum were organised with the kind support of Department of Culture, Abu Dhabi.

Priyanka Sharma, a Yoga Consultant with The Yoga Studio, Abu Dhabi, said that she will be showcasing Yogasanas in her performance. This form of performance one needs to practice consistently and with the guidance of guru or teacher.

A session of Yoga for spinal health, lead by Sundar Singh, will bring awareness to the common problems that arise due to sedentary lifestyle and its impact on spinal health.