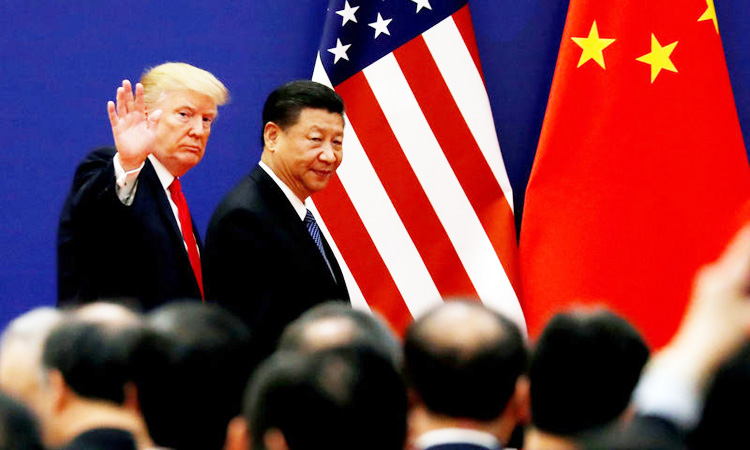 With under three weeks to go before proposed talks between the Chinese and US leaders, expectations for progress toward ending the trade war are low and sources say there has been little preparation for a meeting even as the health of the world economy is at stake.

President Donald Trump says he wants to meet with President Xi Jinping at the June 28-29 G20 summit in Osaka, Japan and will decide on whether to extend tariffs to almost all Chinese imports after that.

Though neither side has confirmed that a meeting will take place, investors worldwide who have seen over a trillion dollars wiped from global markets in the past month by the trade fight will be closely watching any interaction between the two men.

Relations have deteriorated since May when negotiations to end the US-Chinese trade disputes broke down, all but killing off the possibility of an agreement in Japan.

Sources familiar with the matter, including officials and diplomats in Washington and Beijing, say there has been a lack of preparatory work for the meeting, due largely to the increasing acrimony. The trade negotiating teams have not met since talks ended in stalemate on May 10.

The White House declined to comment on plans for a Trump-Xi meeting.

“Preparations for the G20 summit in Japan are ongoing. We have nothing to announce at this time regarding specific bilateral meetings,” White House National Security Council spokesman Garrett Marquis.

White House economic adviser Larry Kudlow told CNBC on Tuesday that Trump is hoping to “pick up where we left off” in the talks with Xi.

Trump said again on Monday that he expected the meeting to happen, and threatened more tariffs on Chinese imports if there is not enough progress or if Xi does not attend.

China is open to more trade talks but has nothing to announce about a possible meeting between the two leaders, Foreign Ministry spokesman Geng Shuang said on Monday. He said on Tuesday that China would “fight to the end” if Washington escalates trade fictions.

Sources said the two leaders are likely to have some kind of meeting but whatever happens in Osaka, it will be a downgrade from the possibility both sides feted just two months ago - when they hoped the talks would be the scene for the two presidents to sign a historic trade deal.

A senior Chinese official told US business representatives last week that preparations had yet to begin for either a Trump-Xi meeting or to resume trade negotiations, a source with direct knowledge of the briefing said.

On the US side in recent years, the lack of preparation for a big meeting is not that unusual. Trump often attends important talks with little advance work and makes policy on the fly.

Xi may not even want to go into such a high profile meeting with an unpredictable outcome and facing the threat of more US tariffs on Chinese goods.

“For China it's all about protocol for Xi and making sure he is respected,” said an Asian diplomat. “China will not want Xi go into a meeting where he may be embarrassed.”

Eswar Prasad, a trade professor at Cornell University and a former head of the China department at the International Monetary Fund, said expectations from any talks were low.

“The best-case outcome from a Trump-Xi meeting, which seems a dubious proposition at this stage, would be an agreement for the two sides to resume talks,” said Prasad, who is in touch with Chinese officials. “The prospects for even a temporary and limited ceasefire have dissipated and a prolonged period of trade and broader economic tensions between the two countries seems on the cards.”

If talks go badly, both sides could raise tariffs on each other, Trump could withdraw licenses for firms trading with Chinese telecommunications giant Huawei, and China might ban exports of rare earth supplies vital for high-tech products as well as take measures against US companies in China.

Trade negotiations broke down in May and the two sides raised tariffs on hundreds of billions of dollars of each other's imports.

China has said US demands are so extensive that they violate its sovereignty.

A source with ties to China's leadership said there was deep anger in the government and party about Trump's accusations of China backsliding, especially as Beijing thought it was on the verge of a deal.

The source likened the US response to the feeling of being jilted at the altar.

“You don't promise to marry someone and then back out at the last minute,” the source, who meets regularly with senior officials, told Reuters.

Xi and Trump met last year in Buenos Aires and broke a prior impasse in trade talks.

US Treasury Secretary Steven Mnuchin drew parallels between the planned Osaka meeting and that encounter, telling Reuters that the pace of preparations for both meetings were similar.

But, unlike the current uncertainty over plans for the meeting in Japan, the White House confirmed the Argentina talks were taking place as early as six weeks in advance.

The US-China tension has gone beyond tariffs. The United States has sanctioned Huawei, sent its navy into the disputed South China Sea and Taiwan Strait, and made other public shows of support for self-ruled Taiwan.

The strains between Washington and Beijing are expected to make it difficult for diplomats to agree on the language of the G20 statement issued at the end of the summit.

Beijing is expected to resist language in the statement that the United States may subsequently use against China in trade talks. 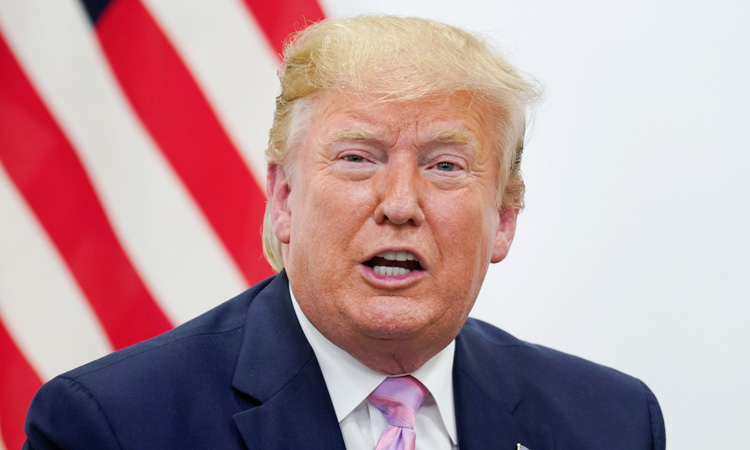