Do not attend US talks, PA urges Egypt and Jordan - GulfToday 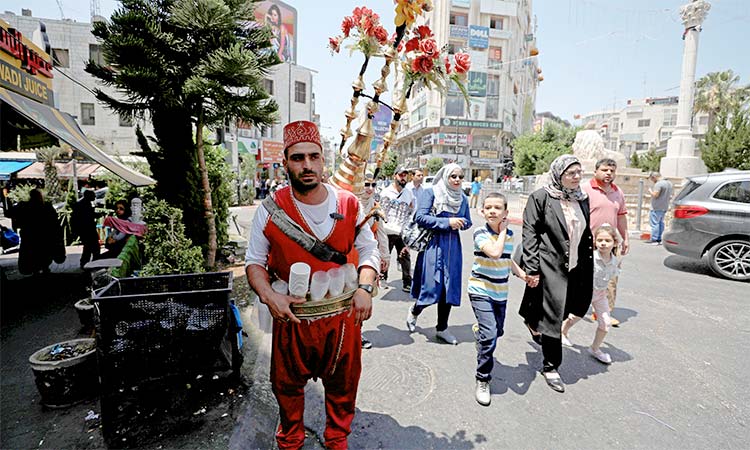 The United States has billed the gathering as a workshop to boost the Palestinian economy as part of a broader diplomatic effort widely referred to as President Donald Trump’s “deal of the century” to address the Israeli-Palestinian conflict.

Palestinian leaders, who are boycotting the meeting, say the still unpublished plan falls short of their goal of statehood.

They primarily blame a halt in US aid and Israeli restrictions for an economic crisis in the occupied West Bank and Gaza Strip.

The participation of Egypt and Jordan at the Bahrain meeting is considered particularly important because they have historically been key players in Middle East peace efforts and are the only Arab states that have peace treaties with Israel.

Israeli and US officials say Israel has yet to be formally invited, given discussions between Washington and Bahrain over what might be an appropriate makeup of an Israeli delegation.

“The Palestinian Authority (PA) urges Egypt and Jordan not to attend the Bahrain conference,” Ibrahim Melhem, a spokesman for the Palestinian government said on Facebook after US officials announced the two nations, along with Morocco, would attend.

Melhem urged “all brotherly and friendly countries to withdraw,” adding that participation “would carry wrong messages about the unity of the Arab position” on rejecting Trump’s plan.

While the precise outlines of the draft plan have yet to be revealed, Palestinian and Arab sources who have been briefed about it say it has jettisoned the two-state solution.

The plan faces possible delays due to political upheaval in Israel, where Prime Minister Benjamin Netanyahu must fight another election after failing to form a government.

US officials have said they are inviting economic and finance ministers, as well as business leaders from the region and around the world to Bahrain to discuss investment in the Palestinian territories.

Only a political agreement, he said, could resolve what he termed a financial and an unemployment crisis, adding that Israel should also end its blockade of the Gaza Strip to allow workers to move freely inside the Palestinian labour market.”

Israel cites security concerns for restrictions it imposes in the West Bank, where it has expanded Jewish settlements — viewed by the United Nations and many countries as illegal — and along the border with Gaza, an enclave ruled by the Hamas.

Washington ceased its aid to the Palestinians early this year, dealing President Mahmoud Abbas another blow after recognising contested Jerusalem as Israel’s capital in late 2017 and moving the US embassy to the holy city from Tel Aviv.

After Israel, Egypt is the largest beneficiary of US military aid, and received $1.3 billion in 2018. Jordan was allocated $443 million in US military assistance last year. Both countries border Palestinian areas and Israel.

Global financial bodies including the International Monetary Fund and World Bank are expected to attend the Bahrain meeting.

Lebanese Foreign Minister Gebran Bassil said on Tuesday his country would not attend because “the Palestinians will not participate, and we prefer to have a clear idea of the proposed peace plan, as we have not been consulted or informed about it”.

An Iraqi foreign ministry spokesman said his government will stay away from the peace conference. Ahmad Sahhaf, the Iraqi spokesman, said that the rights of the Palestinian people “must be protected.”

His comments came a day after Lebanon’s foreign minister said the country would also stay away from the conference because the Palestinians were not participating.