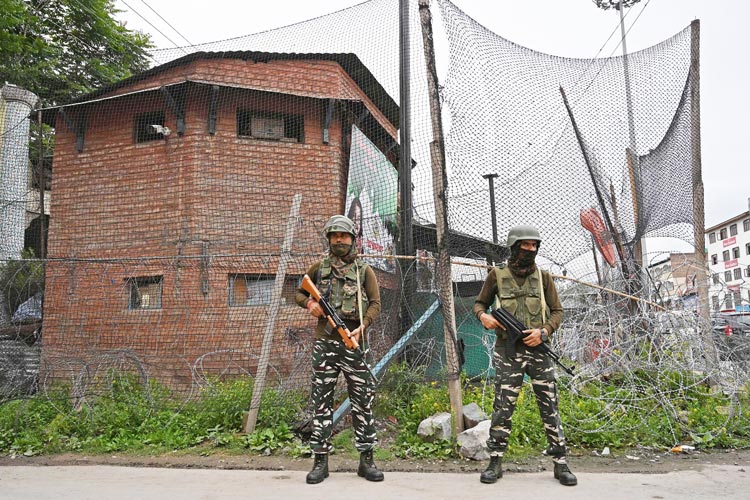 Five Central Reserve Police Force (CRPF) troopers and one militant were killed while four others, including one civilian and three security men, were injured following a gunfight in Jammu and Kashmir's Anantnag district on Wednesday.

Among the slain CRPF troopers, two were of Assistant Sub Inspector (ASI) rank.

Police sources said that three masked militants came out of a car in KP Road in Anantnag town and opened fire on a security party on Wednesday afternoon. Earlier, the sources had said that only two militants were involved in the attack.

"The militants were engaged in a sustained gunfight. While one of the militants was killed during the encounter, five CRPF jawans also lost their lives during the operation.

"Four others, including one civilian woman, one local Station House Officer (SHO) and two CRPF personnel, were injured in the gunfight," police sources said.

As per CRPF sources, at least one of the militants involved in the attack was on a 'fidayeen' (suicide) mission because he did not escape the spot while his other two accomplices managed to flee.

"The injured SHO has been shifted to Srinagar for specialised treatment while the other injured have been admitted to a local hospital," police sources said.

Traffic on KP Road town has been suspended as searches are still on in the area, the police said.