Asian driver dies after truck flips over in Fujairah - GulfToday 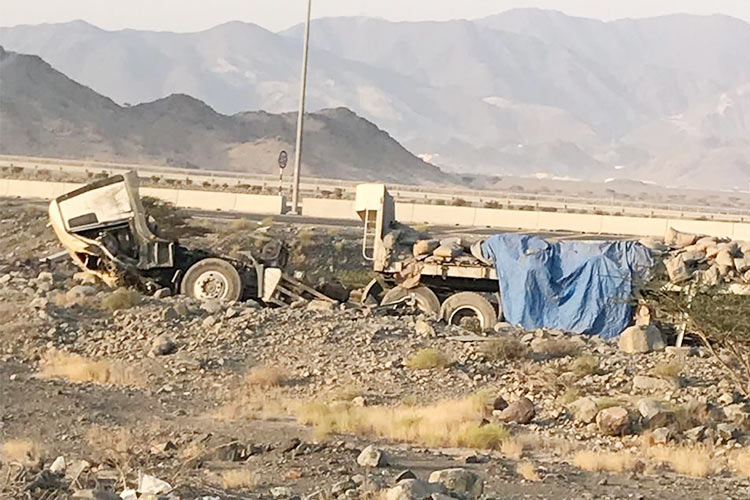 The damaged truck at the accident site in Fujairah.

An Asian trucker died after his vehicle had flipped over on Yabsa Road, one of the roads established by the Ministry of Infrastructure Development in Fujairah for trucks.

The driver sustained serious injuries and was stuck inside the truck.

The Civil Defense teams with traffic patrols had to cut open the cabin to extract the driver, but by the time the driver had passed away.

The deceased was transferred to Fujairah Hospital to complete the legal procedures.