Imran Khan writes to Modi for talks on Kashmir, other issues - GulfToday 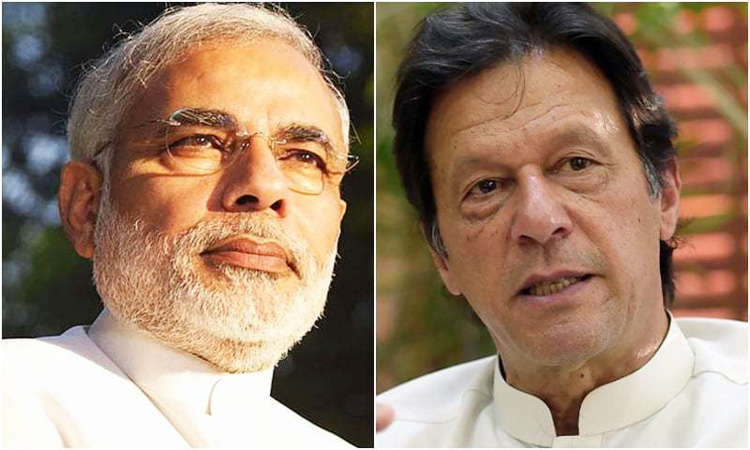 In a letter to Modi congratulating him on his second term as the Prime Minister, Khan wrote that Pakistan desires the resolution of all problems, including that of the disputed Kashmir region, the Geo TV reported.

He further added that talks between the two nations were the only solution to help both countries’ people overcome poverty and that it was important to work together for regional development.

Pakistan, Khan wrote, wished for peace in the South Asian region and that, alongside stability, were required for the states as well as the region to move forward, the report said.

Modi had assumed prime ministership for the second time on May 30.

On Thursday, the Foreign Ministry had said no meeting between PM Khan and Modi was scheduled on the sidelines of the Shanghai Cooperation Organisation (SCO) in Kyrgyz capital Bishkek.

“To the best of my knowledge, no meeting is being arranged between Prime Minister Modi and Pakistan Prime Minister Imran Khan on the sidelines of the SCO meet,” Foreign Ministry spokesperson Raveesh Kumar had said.

Talks about dialogue between Pakistan and India started gaining momentum after Khan had earlier congratulated Modi on the Bharatiya Janata Party’s electoral victory in the Lok Sabha elections.

Khan had expressed his desire for the two countries to work together for the betterment of their people. In a tweet earlier, he had congratulated Modi, saying he looked forward to working for “peace, progress and prosperity in South Asia.”

Modi had responded in a Twitter post, thanking PM Khan for his “good wishes” and saying he, too, wanted peace in the region.