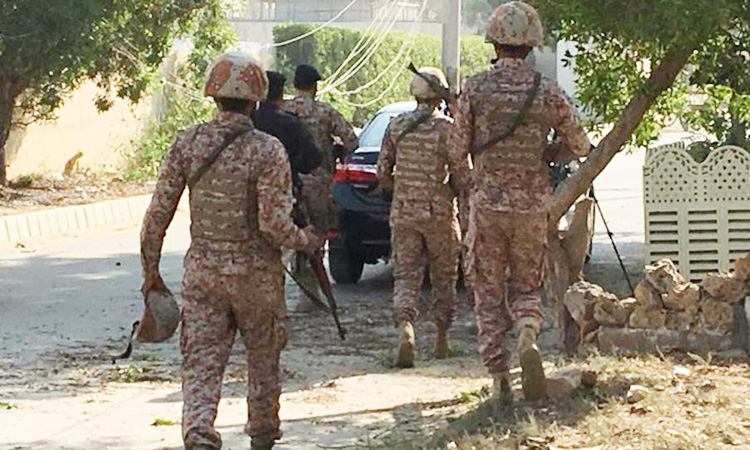 Four Pakistani soldiers were killed in a bomb attack in a tribal region along the Afghan border. Representative image/ Reuters

“Deeply saddened to learn of the shahadat of 3 officers & 1 soldier from a terrorist-planted IED blast in Kharkamar, N.Waziristan,” Khan said on his Twitter account.

He gave no more details but Dawn, Pakistan’s biggest English-language newspaper, cited the military’s media wing as saying four other soldiers were wounded when the blast targeted a military vehicle in North Waziristan on Friday.

The report did not say who was behind the bombing.

Violence in Pakistan has declined in recent years following a series of military operations along the northwestern border with Afghanistan, but militant groups are still able to carry out deadly attacks.

The military said the latest casualties bring to 10 the number of security personnel killed in “terrorist” violence in the area over the past month, Dawn reported.