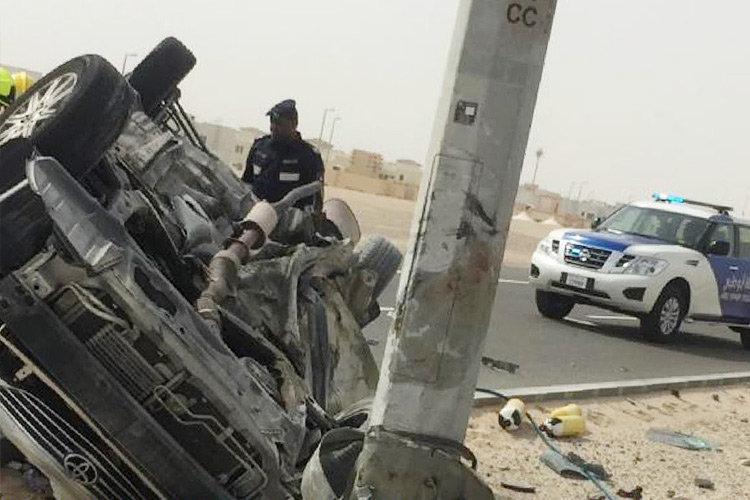 Police investigate the site of the crash.

Three Emirati children and their nanny died in a car crash in Al Falah area of Abu Dhabi on the first day of Eid Al Fitr.

According to Lieutenant Colonel Abdullah Al Suwaidi, Deputy Director of the Department of Traffic in the External Areas of Abu Dhabi Police’s Traffic and Patrols Directorate, the preliminary investigations showed that ignorance of traffic rules was behind this tragic accident, adding that the mother did not hold a driving licence and was driving the vehicle at an excessive speed.

As a result, the vehicle swerved and hit a lamppost on the pavement before it finally overturned.