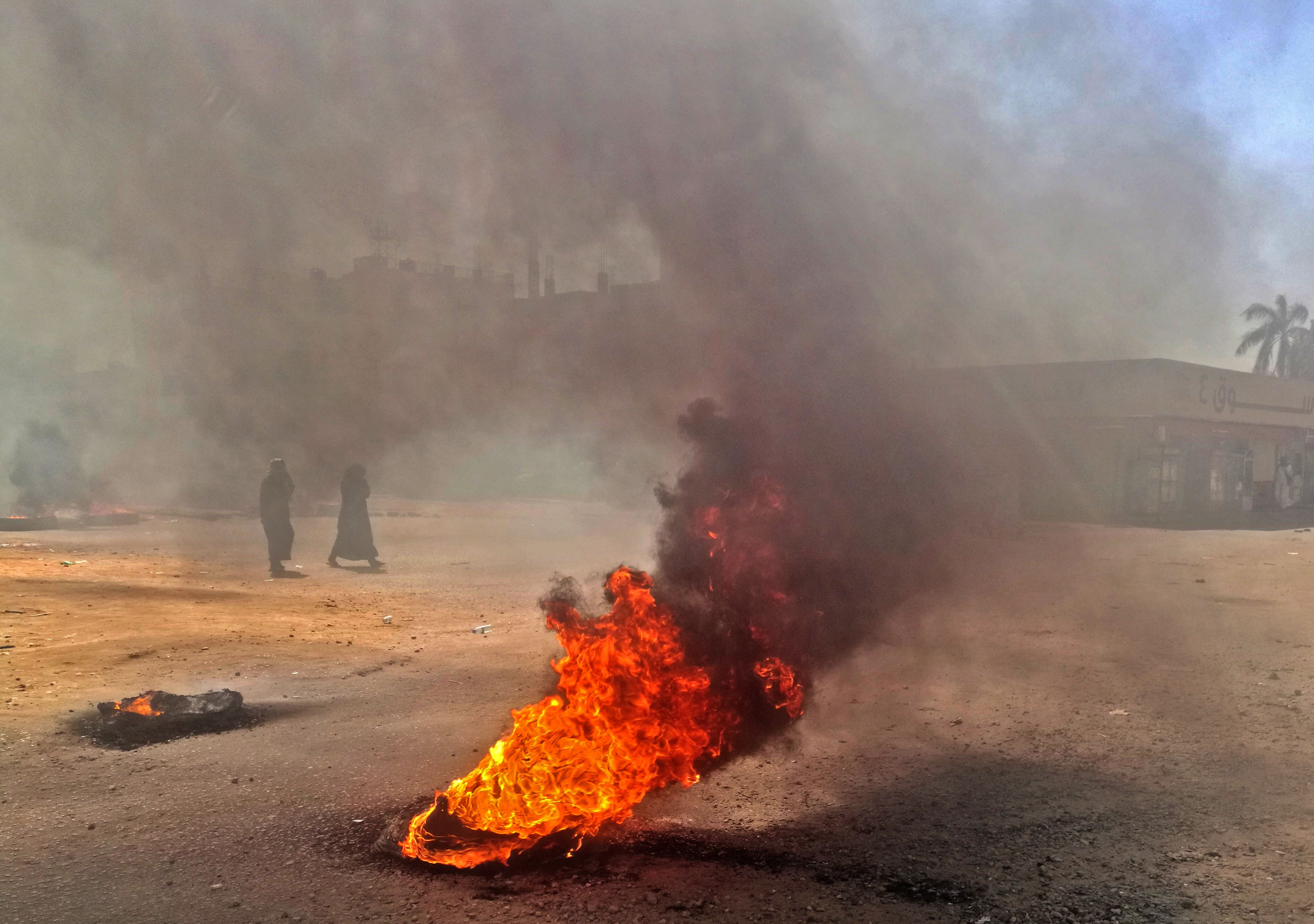 Despite mounting international concern at what demonstrators called a "bloody massacre," a bid at the UN Security Council to condemn the killings was blocked by China with support from Russia.

Hospitals in Khartoum said they were struggling to cope with the number of wounded after security forces launched a deadly raid on Monday on a weeks-long sit-in outside army headquarters.

"The situation is very difficult. Most of the hospitals have taken in more casualties than they have capacity for," a doctor who works at two hospitals in the city told reporters.

"There's a shortage of medical staff, a shortage of blood, and it's difficult to do surgery because some operations can only be done in certain hospitals," said the doctor, who asked not to be named.

"Among the wounded there are still people in a serious condition and I expect the number of deaths to rise."

There was a heavy security presence as worshippers in some neighbourhoods came out to mark the Eid Al Fitr festival following a call by protest leaders to "pray for the martyrs".

In Omdurman, just across the Nile from Khartoum, security forces were seen patrolling in trucks mounted with what appeared to be anti-aircraft and machine guns and other weapons including rocket-propelled grenades.

Sudan's military ousted veteran president Omar Al Bashir in April after months of protests against his authoritarian rule and had agreed a three-year transition period to a civilian administration.

But army ruler General Abdel Fattah Al Burhan said following the crackdown that the agreement had been ditched and an election would take place within nine months − a plan rejected by demonstrators.

On Wednesday, Burhan appeared to strike a more conciliatory tone, saying the military rulers "regret the events" and were ready to hold talks on the country's future.

"We in the military council open our arms to negotiate with no restriction but the national interest to continue building a legitimate power that reflects the aspirations of the Sudanese revolution in every way," Burhan said in a speech broadcast on state television.

Protest leaders have called on their supporters to take part in "total civil disobedience" to topple the ruling military council.

On Wednesday, hundreds of residents of the north Khartoum blocked off streets with barricades made from stones, and waited by them in silence, a witness told AFP.

In the distance gunfire was heard.

In the early morning, sporadic shooting was heard in the Khartoum 2 neighbourhood, an area where there are several embassies, an AFP reporter said.

The Central Committee of Sudanese Doctors, which is linked to the protesters, said the death toll had jumped to 60 with hundreds more wounded.

An eight-year-old child was among the dead, it added.

The committee said it held "the militias of the (military) council... responsible for this massacre." The Rapid Support Forces, paramilitaries with origins in the 16-year-old war in the western region of Darfur, are thought to have been largely behind the crackdown.

Their commander is deputy chairman of the ruling military council.

The Sudanese Doctors Union accused security forces of attacks on hospitals and staff across the country, and alleged some women had been raped in an area of the capital without giving details of how the group had learned of the assaults.

A push for the UN Security Council to condemn the killing of civilians and call on the military and protesters to work together was blocked by China, which was backed by Russia, during a closed-door meeting on Tuesday.

The British ambassador to Khartoum, Irfan Siddiq, also called for an end to the internet outages that have plagued the country since the crackdown.

"In these critical times it is essential that everyone can communicate, particularly to urge messages of keeping things calm and peaceful," he tweeted.

Top US envoy David Hale, under secretary of state for political affairs, underlined the importance of a transition to a civilian-led government in a phone call with the Saudi deputy defence minister, Khalid Bin Salman, the US Department of State said.