Ghani says will visit Pakistan on June 27 to improve relations 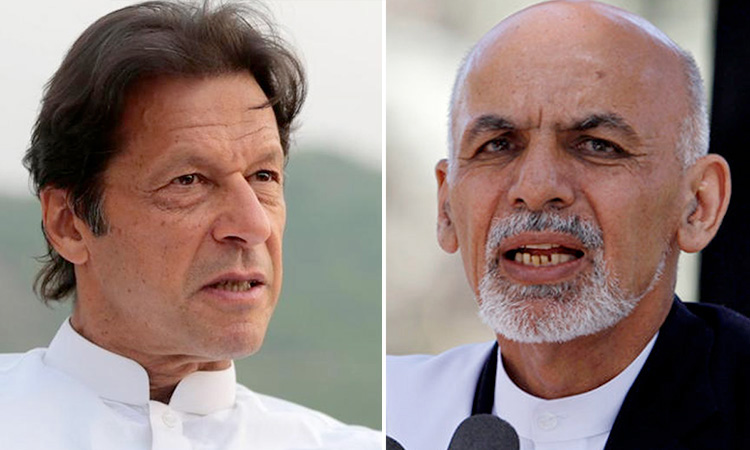 Afghan President Ashraf Ghani on Tuesday said he will visit Pakistan on June 27 to open a new chapter in his country’s uneasy relationship with its neighbour and mend ties that are often characterised by mistrust and tit-for-tat accusations.

Ghani said he agreed to visit Pakistan’s Prime Minister Imran Khan after the two leaders met last week on the sidelines of the Organisation of Islamic Cooperation (OIC) meeting in Saudi Arabia.

“I hope the visit will be positive,” Ghani said in his message to mark Eid Al Fitr, the Muslim holiday that caps the fasting month of Ramadan.

Kabul routinely accuses Pakistan of harbouring its Taliban enemies, yet in recent months Islamabad has lent its support to US efforts to broker an end to Afghanistan’s long-running war. Ghani said he held out hope that years of mistrust can be replaced with a new relationship that will allow peace to flourish in the region.

Washington’s peace envoy Zalmay Khalilzad was in Islamabad on the weekend meeting with senior officials, including Khan and the army chief Qamar Javed Bajwa. Khalilzad is looking to press forward on efforts to find an end to America’s longest running conflict.

Pakistan has promised to aid the peace process and has so far pressed Taliban, many of whom have families living in Pakistan, into talks. Khalilzad, who has already held several rounds of talks with the militia will meet again with their leadership later this month in Doha, where they maintain a political office.

He will press the Taliban to hold talks with the Afghan government, which the insurgent group has continued to refuse, calling Ghani’s administration a US puppet.

In his address to the nation, Ghani urged the Taliban to again mark Eid with a ceasefire as they did last year, but the militia has already refused, saying there will be no end to fighting while US and Nato troops are still in Afghanistan.

Taliban leader, Maulvi Hibatullah Akhunzada, in his Eid message to insurgents issued on Monday, again rejected a ceasefire while repeating a Taliban promise that they have no ambitions to monopolise power in a post-war Afghanistan.

In northern Baghlan province, a remote-controlled mine hidden in a motorcycle parked outside a mosque exploded, killing two worshippers and wounding eight.

A series of bombings in the past week have rattled the Afghan capital. On Monday, five people were killed when a bomb attached to a bus exploded, the second attack of this type in as many days.

The Daesh affiliate operating in Afghanistan has taken responsibility for several of the attacks, and the Taliban claimed an attack against a US military convoy last week that killed four Afghan civilians and slightly wounded four American service personnel.

Meanwhile, Afghan peace protesters marching through Taliban territory were detained by the insurgents, two supporters of the movement said on Tuesday.

The so-called People’s Peace Movement attracted international attention last year when they walked across Afghanistan and into the capital Kabul in an attempt to reduce the record levels of violence across the country.

Thousands of civilians have been killed or injured in the past 18 years of fighting between the militant group and US-backed forces.

About 30 members of the People’s Peace Movement started a new walk on May 27, when they set out from Lashkar Gah, capital of Helmand province.

According to Abdul Malik Hamdard, a peace march supporter, the Taliban forced four members of the group to accompany them in vehicles on Sunday night as they crossed into Taliban territory in the south of the country.

Then on Monday, Taliban fighters returned and took the rest of the group, except for a few older members, he added. About 25 marchers were detained in total, he said.