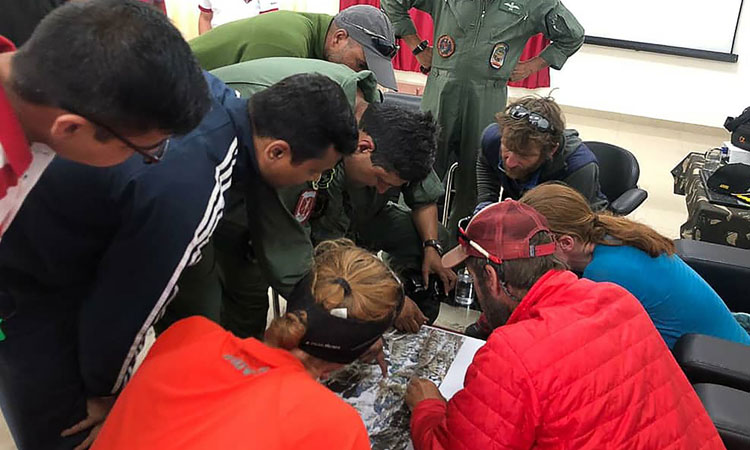 Rescued mountaineers look at a an aerial picture along with rescue personnel upon arriving to a Indo-Tibetan Border Police camp in Pithoragarh. AFP

Bodies were spotted Monday during a search for eight climbers missing for several days following avalanches on India's second-highest mountain, a source in the Indian border force told AFP.

Four Britons, two Americans, one Indian and one Australian have been missing on the 7,826-metre (25,643-foot) Nanda Devi in the Himalayas since last week.

Earlier, an aerial search for eight climbers feared swept away in an avalanche on a remote mountain in the Indian Himalayas resumed on Monday, officials said, though bad weather was hampering the effort.

The climbers — four from Britain, two from the United States, and one each from Australia and India — were reported missing by colleagues on Friday after they failed to return to their base camp near Nanda Devi, India's second highest mountain.

A rescue operation began over the weekend but made little progress. 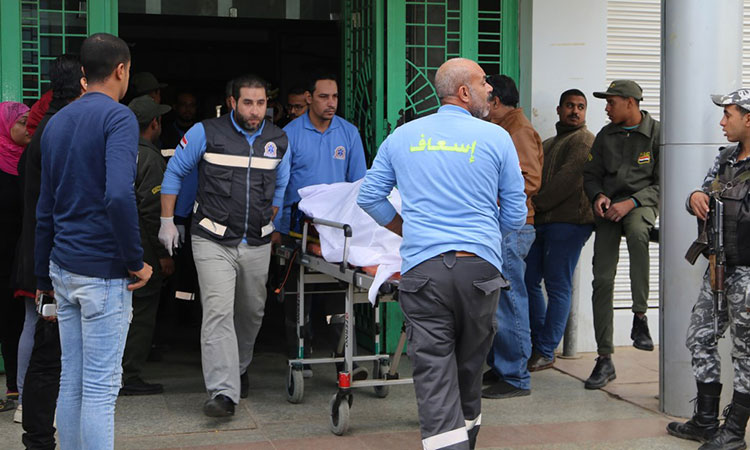