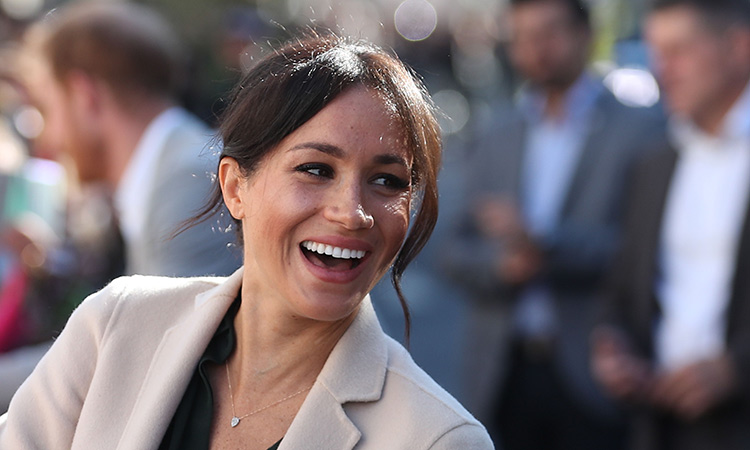 And yet the remark about the American-born Dutchess of Sussex is heard clearly on a tape of a Trump interview with the British tabloid The Sun.

Trump's tweet Sunday came a day before his three-day state visit is to begin with a pomp-filled ceremony at Buckingham Palace followed by lunch with 93-year-old Queen Elizabeth II.

He tweeted: "I never called Meghan Markle 'nasty.' Made up by the Fake News Media, and they got caught cold! Will @CNN, @nytimes and others apologize? Doubt it!"

On the tape, the interviewer points out that Markle, who married the queen's grandson Prince Harry in 2018, had been critical of Trump during the 2016 presidential campaign, saying "she'd move to Canada if you got elected; turned out she moved here."

"Well, a lot of people are moving here, so what can I say," Trump replied.

An official Trump campaign Twitter account had rather bizarrely called attention to the "nasty" comment on Saturday by linking to a video of the interview and suggesting the president had not used the word; it urged people to "Listen for yourself!"

Markle will not be meeting with Trump, though the official reason given is that she remains on maternity leave with her three-week-old son Archie.

Trump further roiled the waters ahead of his visit by weighing in on Britain's unending Brexit woes, throwing his weight behind former foreign secretary Boris Johnson to succeed Prime Minister Theresa May and suggesting Britain should leave the European Union without a departure deal if better terms can't be reached.

The Sun called Trump's remarks a "bombshell intervention" and a "major breach of protocol" by a foreign leader.

The president said he was not giving an outright endorsement to any candidate to lead Britain's ruling Conservative Party, but also said that he liked Foreign Secretary Jeremy Hunt.

Hunt on Sunday played down any awkwardness over Trump's visit.

"I don't think it's going to disrupt the welcome at all," he said on CBS's "Face the Nation," because the British had learned "from the president that you know regularly we have to agree to disagree...

"It doesn't affect the fact that we have the most important partnership that there is in the world for freedom, democracy, the rule of law." In addition to Markle's remark about moving to Canada, she had also called Trump "misogynistic" and "divisive" during the 2016 campaign, feelings that a good number of Britons appear to share.

Large anti-Trump protests are expected during his visit, and a huge blimp of Trump as a baby in diapers is being readied to fly over the city if police allow it.

Markle's absence may be conspicuous in one way: Trump is bringing all four of his adult children and their spouses to London and, according to The Sun, said he wants them to hold a "next generation" meeting with Princes William and Harry.

"I think my children will be meeting them," Trump said. "It would be nice."