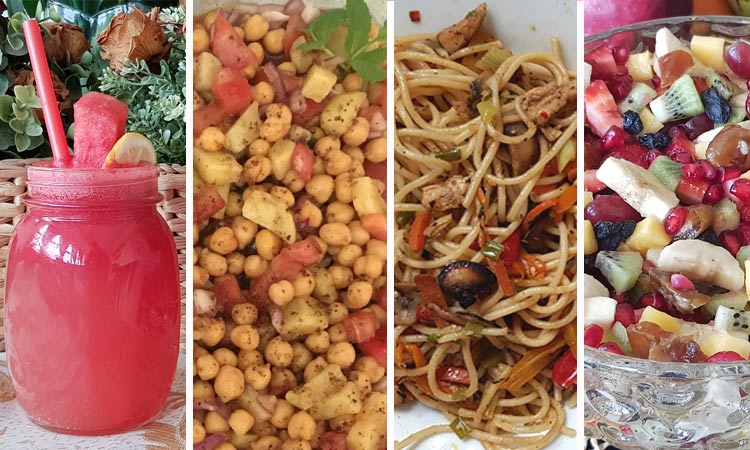 When Gulf Today met the over-50 expatriate residents from Asia, Africa and the Indian Subcontinent, this is what they had to say:

“I began cutting down on sugar, white rice and all forms of dairy products. Throughout Ramadan my diet included bran foods, wheat bran breads and brown rice being an excellent source of fibre, its nutritional profile did improve on my health and I had to buy a new set of clothes smaller in size than what I wore before,” said a father of three aged fifty nine years Mohamed Shahul Hameed from Sri Lanka who completely cut down on white sugar in his tea and hot beverages consuming healthy foods and fruits and he certainly feels good.

His wife Minna Hameed, aged 55, told Gulf Today, “Ageing is associated with unwelcome changes in physical appearance, I too followed my husband’s diet during Ramadan of no sugar, no white rice and less fatty fried items during Iftar and I am feeling better too having lost some fat around my tummy. I also feel grateful every day for my health. I exercise to stay healthy, I walk a lot around the blocks and that helped too.”

Minna’s sister Haja quipped in saying when women over 50 start aging they have lots of insecurities about their bodies and themselves because a culture tells us that looking young and being physically attractive is the most important thing. “We can’t stay young forever, but we can try to maintain good health through exercise and healthy eating.”

At 60, Dawood Adil from Sudan said the fasting period which controls the mind to inhibit bad habits did bestow in him a stronger will to reduce all kinds of wrong foods during Ramadan and his menu at Iftar mostly contained fruits and only one item of a fried snack.

“In our household we planned in such a way that food remained healthy for all members during Ramadan, we broke the fast with more fruits and less on fatty fried snacks,” added Adil.

A few Indian expat residents’ over the age of sixty, quipped that they too curtailed their eating habits from unhealthy to healthy Iftar. “Ramadan time is family time, since being away from home we did not let the fact that we’re away from our families spoil the Ramadan spirit,” continued Ishara Abu Bakr who has come to stay in Abu Dhabi with her two children aged between 12 and 16.