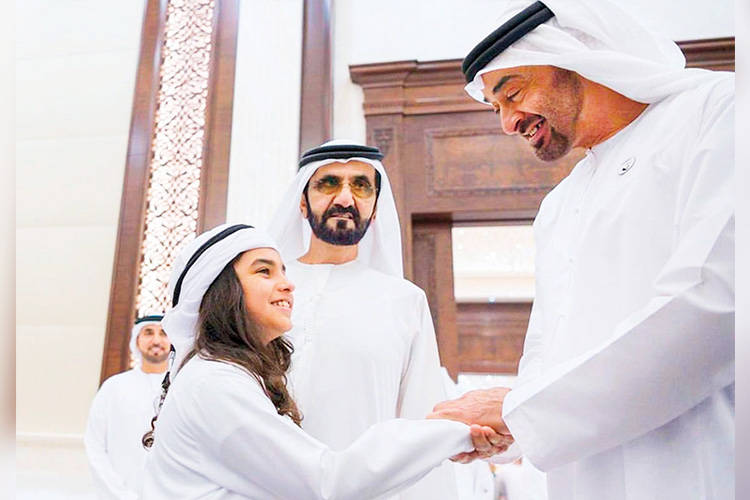 An 8-year-old Emirati boy is growing his hair to donate to cancer care organisations to make wigs for cancer patients.

Amira Yousuf, Omar's mother said her children pledged their support to cancer patients after they saw their aunt suffering with cancer.

Omar has donated his hair twice in the past and this year it will be the third time.

His parents have decided to honour his school and cut his hair in the school premises.

Sheikh Mohamed Bin Zayed was proud of Omar and even asked to take a picture with him.

The initiative will establish stability in the school community and have positive impact on the student's academic, societal and educational performance.

The app provides users/parents with a menu of daily options, activities and tasks including setting dates for picking up their children, attending parent-teacher meetings, engaging in school cultural and entertainment activities including voluntary works, reading books and family fun activities. The app also features ISBN (International Standard Book Number) reader application, QR code, Geolocation, the identification or estimation of the real-world geographic location of an object.