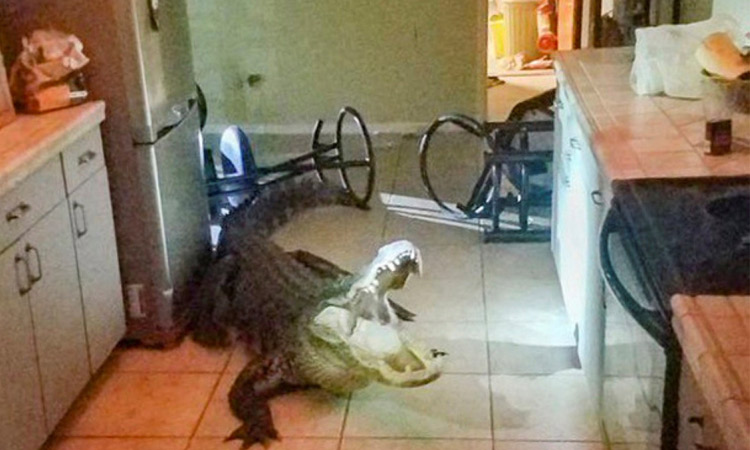 An alligator is pictured after it broke into a house in Clearwater, Florida, on Friday. Reuters

Authorities say an 11-foot (3.4-metre) alligator busted through a kitchen window and broke several bottles of red wine in a Florida home before it was captured.

Police tweeted that the gator was removed from Mary Wischhusen's Clearwater condominium early on Friday. No one was injured. 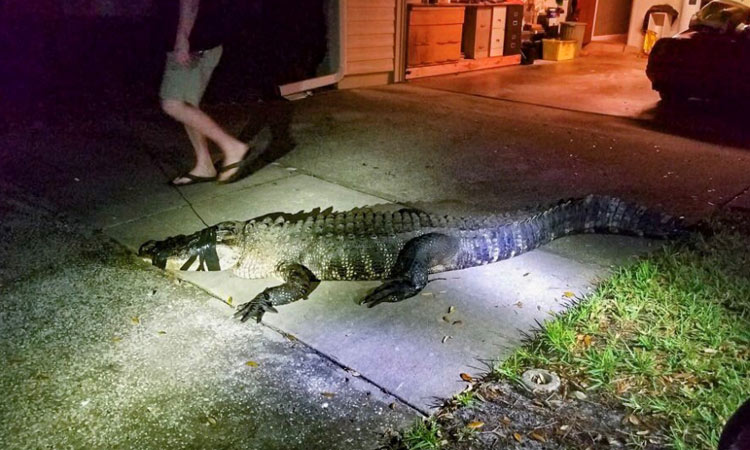 An alligator is pictured after it broke into a house in Clearwater, Florida. Reuters

Wischhusen uses a walker. She told news outlets that the moment she saw the lumbering reptile, she moved into her bedroom, closed the door and called police.

She says she played computer games while waiting for help to arrive.

Wischhusen says it took two trappers and 10 police officers two hours to get the alligator out of the home, where she has lived for almost four decades.