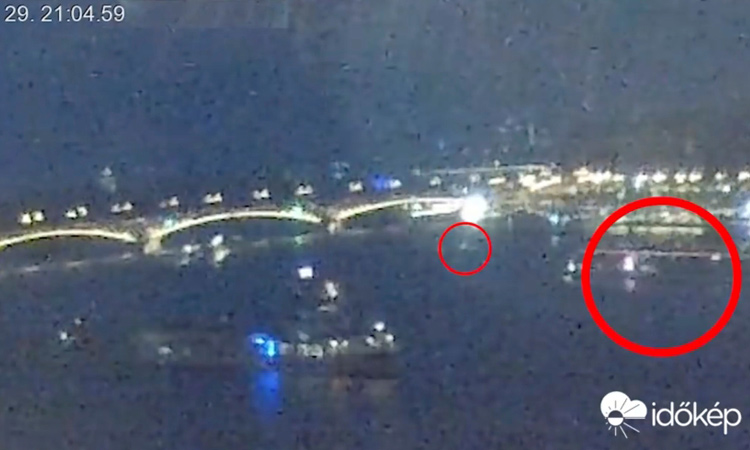 A still from surveillance footage shows the moment believed to be the incident that led to sinking of the tourist boat, in Budapest, Hungary. Reuters

Hungarian police on Thursday launched a criminal probe into one of the country's worst boat disasters that left seven South Korean tourists dead and 21 others still missing.

The Mermaid sightseeing boat collided with a much larger passenger river cruise vessel on the Danube in the heart of Budapest on Wednesday evening and went down in just seven seconds, police said.

Army boats were scouring the murky Danube on Thursday as dozens of people looked on from a bridge.

Thirty-five people were on board the 26-metre Mermaid when it sank near the parliament building, most of them South Korean tourists including a six-year-old girl. 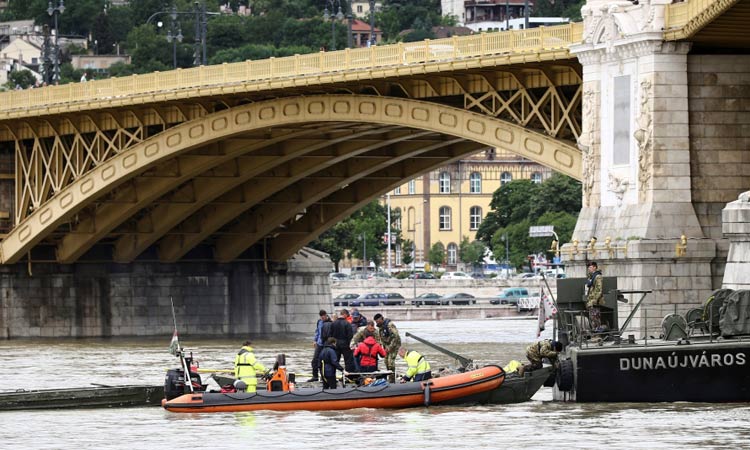 Police special forces officers and divers are seen on a boat at the site of a ship accident in Budapest on Thursday. Reuters

Army divers have joined police in the search, but the operation has been complicated by high water levels and a fast-moving current after weeks of heavy rainfall.

A captain of a boat that was near the accident told online daily 24.hu he saw two elderly women being pulled out of the water.

"I am still in shock. I have never seen such horror in my life," the unnamed man was quoted as saying.

"We were at the parliament when we heard that people were in the water — everyone stopped right away and started helping out."

Police showed journalists security camera footage from a bridge in which the Mermaid is seen colliding with the Viking Sigyn river cruise boat.

"The footage shows that before the collision the Mermaid turned towards the Viking Sigyn cruise boat, for some reason, the Viking then turned the small boat over, and it sank within seven seconds," police colonel Adrian Pal told a press conference.

He said a criminal investigation has been launched for "criminal negligence on public waterways," adding that police were questioning the Ukrainian captain of the Sigyn. 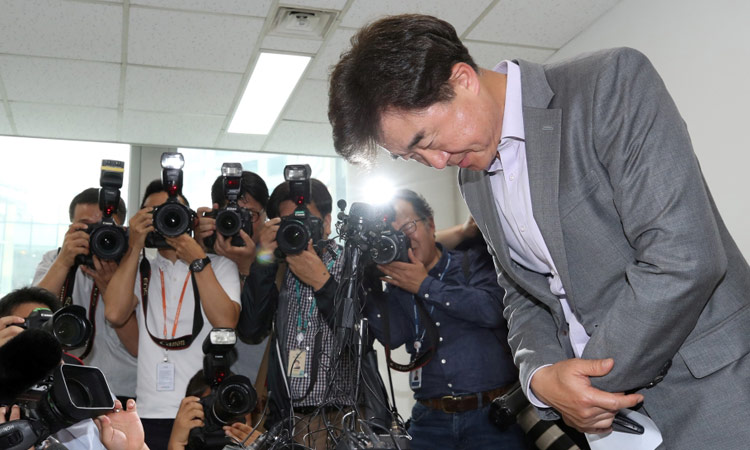 Viking Cruises confirmed the Sigyn was "involved in an incident" on the Danube but there were no injuries to its crew or guests.

"We are cooperating with the authorities as required," it said.

The Mermaid was regularly serviced and had no apparent technical faults, Mihaly Toth, a spokesman for its owner Panorama Deck told Hungarian news agency MTI, adding that it was on "a routine sightseeing trip."

Fifteen boats are involved in the search for those still unaccounted for — including the Hungarian captain and crew member — about 17 hours after the Mermaid went down.

Wreckage was found on the riverbed after several hours of searching near the Margaret Bridge, one of the main links between the two parts of the Hungarian capital, local media said.

Zsolt Gabor Pataki, a colonel with the fire department, said the operation had been extended the entire length of the Danube in Hungary south of Budapest and that the authorities in neighbouring Serbia had been contacted.

South Korea's Foreign Minister Kang Kyung-wha is due in Budapest on Friday, and the country is also sending an emergency relief team, officials in Seoul said.

South Korean embassy staff have also been assisting the emergency services in the identification of victims.