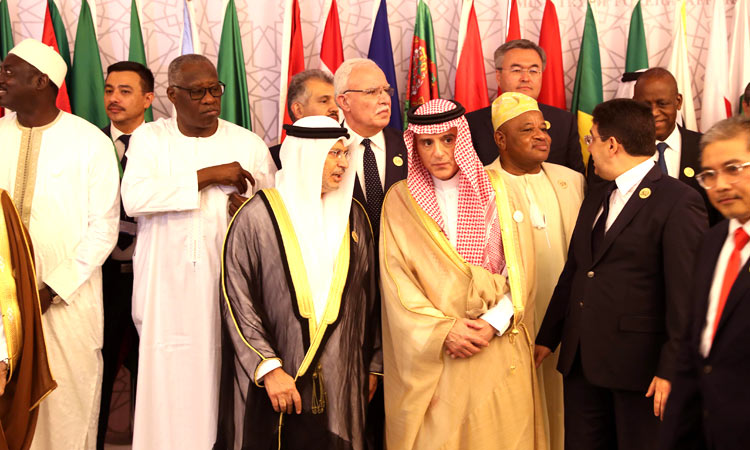 Saudi Arabia’s Foreign Minister Ibrahim Al Assaf on Thursday urged Muslim nations to confront with “all means of force and firmness” recent attacks in the Gulf that US and some Arab officials have blamed on Iran.

In his opening remarks, Al Assaf said the alleged sabotage of oil tankers off the coast of the United Arab Emirates and a drone attack on a Saudi oil pipeline by Yemen’s Iranian-backed Houthi rebels in recent weeks threaten the global economy and endanger regional and international security.

“Tehran’s support for Houthi rebels in Yemen is proof of Iranian interference in other nations’ affairs and this is something that Islamic countries should reject,” Al Assaf said.

“We should confront it with all means of force and firmness,” he said. 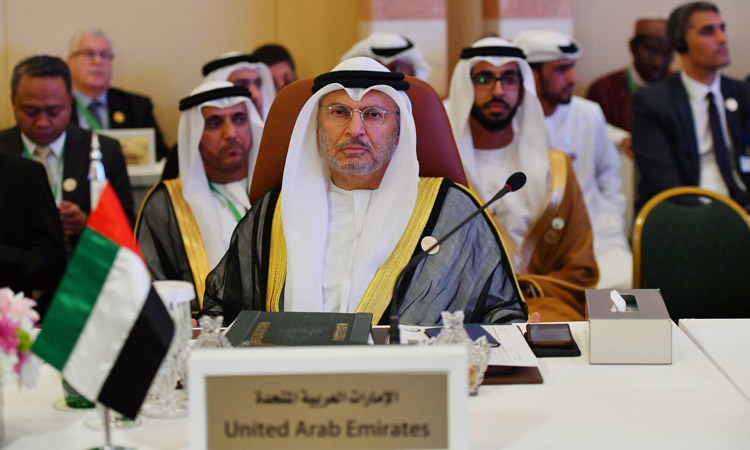 UAE Minister of State for Foreign Affairs Anwar Gargash is seen during preparatory meeting for the GCC. Waleed Ali/Reuters

Upon their arrival at the airport, each leader was shown Houthi military items, such as a destroyed drone, missiles and mortar shells used in the conflict with the Saudis.

The leaders were given a brief explanation of the weapons on display by Colonel Turki Al Maliki, spokesman for the Saudi-led coalition at war in Yemen.

An Iranian official was at the OIC meeting where Al Assaf spoke on Thursday, but Iranian Foreign Minister Mohammad Javad Zarif did not attend.

The first of the three summits was to start with a meeting of the six-nation Gulf Cooperation Council (GCC) on Thursday evening.

“Prime Minister and Minister of Interior arrived in Jeddah in the Kingdom of Saudi Arabia,” Qatar News Agency said on Twitter, adding he was received upon arrival by Saudi officials.

The GCC meeting was to be immediately followed with an emergency summit of the 22-nation Arab League, minus Syria whose membership remains suspended.

The third and final summit, on Friday, is expected to focus largely on Palestinian statehood and independence. 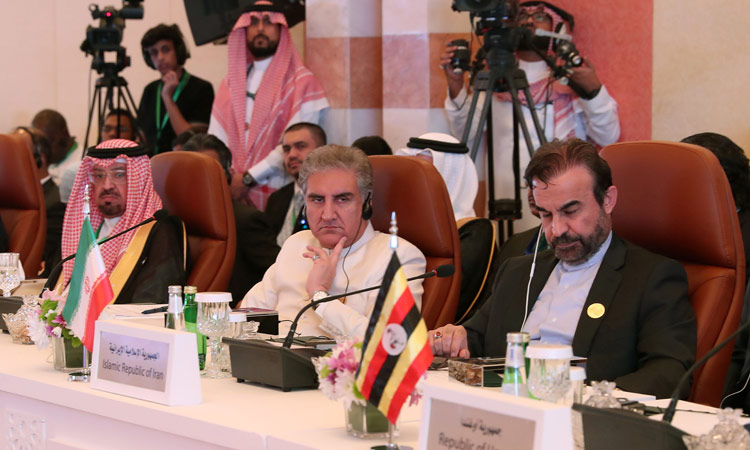 It will bring together leaders from the 57-nation OIC, which is headquartered in Saudi Arabia.

In his remarks, Al Assaf reiterated Saudi Arabia’s longstanding position on the two-state solution to the Israel-Palestinian conflict.

His comments come as the White House tries to sell its Mideast plan to Arab leaders ahead of a conference in Bahrain next month that the Palestinian leadership is boycotting.

Al Assaf’s comments on Iran appeared to mirror remarks made by President Donald Trump’s national security adviser, John Botlon, who warned Iran on Wednesday that any attacks in the Gulf will draw a “very strong response” from the US.

Speaking to journalists in the UAE, Bolton said there had been a previously unknown attempt to attack the Saudi oil port of Yanbu as well, which he also blamed on Iran.

Bolton has said that Iranian mines were “almost certainly” used in the tanker attacks, which he described as being connected to the strike on pumping stations on Saudi Arabia’s East-West pipeline and a rocket attack on Baghdad’s Green Zone.

Referring to US deployments of an aircraft carrier and B-52 bombers to the Gulf, Bolton said: “The point is to make it very clear to Iran and its surrogates that these kinds of action risk a very strong response from the United States.” Bolton and the US special envoy for Iran, Brian Hook, told reporters on Thursday that a repositioning of US military assets in the region had succeeded in deterring Iran.

Hook told a news conference call that the United States would respond with military force if that happens.