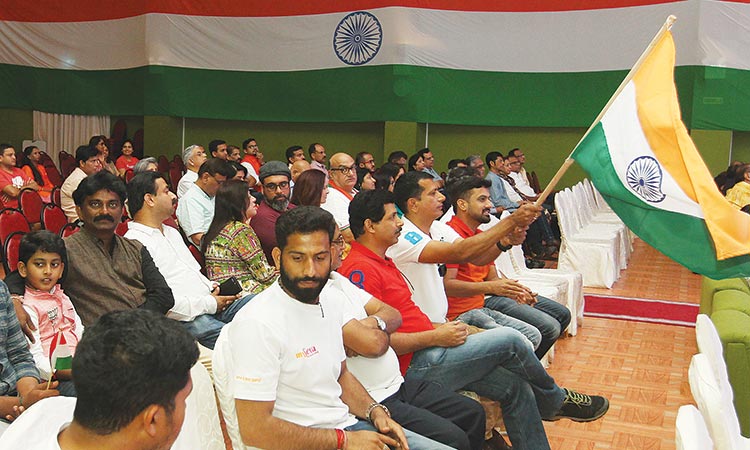 Indian expatriates based in the UAE cheerfully welcomed the second inning of Narendra Modi as the prime minister of India, popularly termed as ‘Modi 2.0’.

The President of India Ram Nath Kovind administered the oath of office and secrecy to the prime minister and other members of the council of ministers at the Rashtrapati Bhavan (President House) New Delhi on Thursday.

A number of prominent members of the community had gathered at the India Club Dubai to celebrate the occasion. To help its members and their families watch telecast of the oath-taking ceremony live, the club had made special arrangement. A huge screen was placed in the multipurpose hall of the club which could accommodate a large number of its members.

The air was filled with warmth as the Modi supporters kept chanting slogans like ‘Bharat Mata ki jai’ ‘Vande Mataram’ and above all ‘Modi Modi,’ showing their love and admiration for their leader. Apart from Modi, who excited them most were BJP President Amit Shah, who joined the union government for the first time, and actress-turned politician Smriti Irani. When Amit Shah came to take oath, the crowd erupted in excitement and started chanting slogans.

S Jaishankar, former Foreign Secretary, joining the cabinet was the biggest surprise to many. He is expected play an important role in the new government as former foreign minister Sushma Swaraj has failed to enter the cabinet for a second term.

Expatriates in the UAE expressed hope that the new government under Narendra Modi’s leadership will deliver on its promises. They opined that the huge win for Narendra Modi-led alliance is a strong signal for his work for the India and its people.

“By winning another landslide victory, Modi has crushed doubts about his place as one of the most dominant leaders in recent history of India. To most of us, it is a big relief and a reason for celebration,” said Ratnesh.

Rizwan Khan said that Modi has catapulted India at the world stage where India can play an important role in global peace and harmony. However, he cautioned that the second term of Modi government is going to be very crucial for India as the government will have to build a sustainable growth story of India for some decades to come. 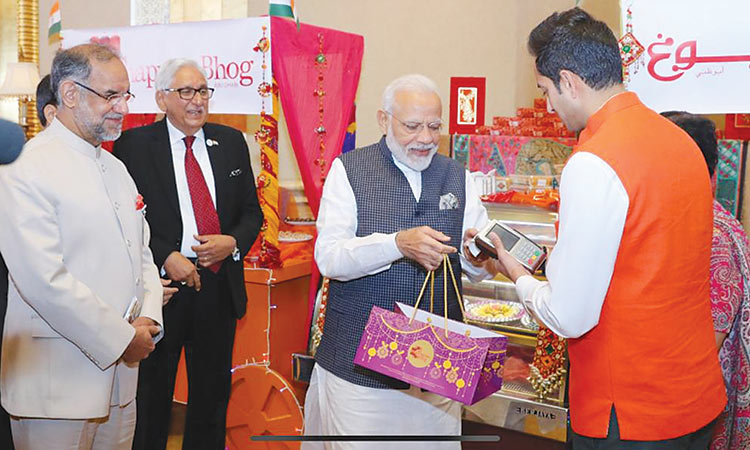 Prime Minister of India Narendra Modi launched the RuPay card in Abu Dhabi on Saturday by swiping his RuPay card for buying Indian sweets. With this, the UAE became the first country in the Gulf to accept the RuPay card.