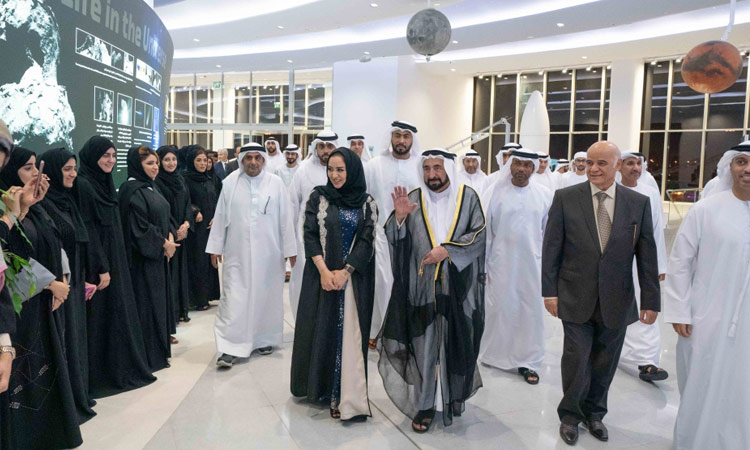 Sheikh Sultan during the launching ceremony of the four moderan astronomical projects in Sharjah. WAM

His Highness Dr Sheikh Sultan Bin Mohammed Al Qasimi, Supreme Council Member and Ruler of Sharjah, and President of the University of Sharjah, UoS, stressed the importance of the scientific centres and institutions in Sharjah that support scientific knowledge as a solid foundation for studies and researches.

He was speaking at the launching ceremony of the four modern astronomical projects at the Sharjah Academy for Astronomy, Space Sciences, and Technology, SAASST.

The Ruler of Sharjah highlighted the importance of SAASST, a specialised academy for studying space technology and astronomy.

The launch of these important projects is part of the Academy’s plans to develop scientific researches on space and astronomy in cooperation with the UAE Space Agency, UAESA. 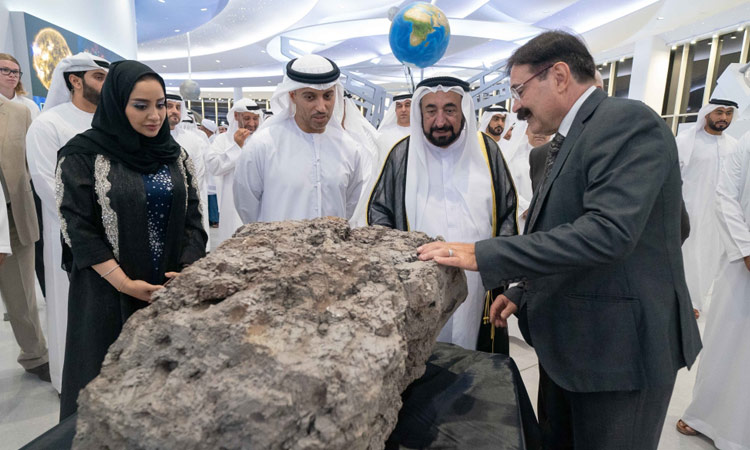 Sheikh Sultan during the launching ceremony of the four moderan astronomical projects in Sharjah. WAM

In his speech, Dr Ahmad Bin Abdullah Humaid Belhoul Al Falasi, Minister of State for Higher Education and Advanced Skills and Chairman of the UAE Space Agency, congratulated the UAE and the Arab world for the launch of astronomical projects, saying it is a new global achievement. He thanked the UAE's wise leadership for their continuous support and special attention given to the educational institutions.

The Ruler of Sharjah honoured several individuals and institutions, including Professor Victor Prakas, businessman Mohammed Saeed Al Qasimi and the National Centre of Meteorology , NCM, for their contribution to the space projects.

Sheilkh Sultan received a commemorative gift from the NCM.

Sharjah Ruler also opened an exhibition of meteorites collection, the largest such collection in the world, which consists of eight thousand different meteorite pieces. They offer a unique opportunity to study and explore the solar system.