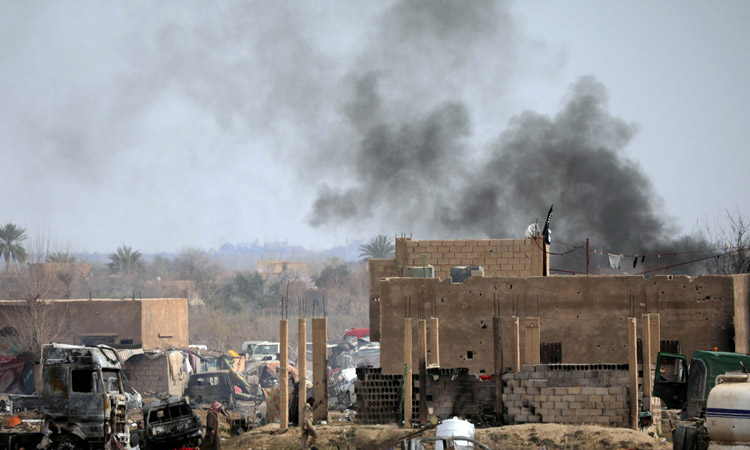 Plumes of smoke rise from a location, said to be Khan Al Subul, Idlib province, Syria, on Wednesday. Reuters

Nine children were among at least 21 civilians killed on Tuesday in regime attacks on Syria's northwest, a militant stronghold that has come under intensified bombardment in the past month, a monitor said.

The strikes, some of which hit a hospital, followed two days of increased bombing by Damascus and its Russian ally on militant-dominated Idlib province and parts of neighbouring regions. 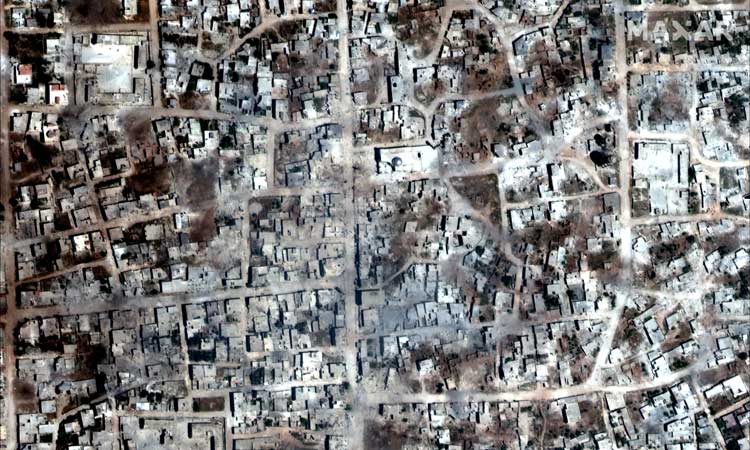 
Regime bombardment on the area Sunday and Monday killed a total of 31 civilians, according to the Britain-based Syrian Observatory for Human Rights.

Tuesday's strikes on a busy street in the village of Kafr Halab, on the western edge of Aleppo province, killed at least nine civilians, according to the monitor.

“A hospital in the Idlib town of Kafranbel was also hit by artillery shells. The facility is reportedly out of service due to severe structural damage.

"The facility is reportedly out of service due to severe structural damage," he told AFP.

"The hospital is completely out of service," he said.

"It was a strong attack. The generators and even my car caught fire."

The United States, pointing the finger both at President Bashar al-Assad's government and its ally Russia, demanded an end to the air strikes.

"Indiscriminate attacks on civilians and public infrastructure such as schools, markets and hospitals is a reckless escalation of the conflict and is unacceptable," State Department spokeswoman Morgan Ortagus told reporters in Washington.

Syrians gather at the site of regime bombardment on the village of Kafr Halab on Tuesday. Omar Haj Kadour/AFP

A Syrian man and children watch as smoke billows during bombardments in Aleppo. Omar Haj Kadour/AFP

Daesh fighters and their families walk as they surrender in the village of Baghouz. File Photo/Reuters

Idlib and parts of the neighbouring provinces of Aleppo, Hama and Latakia are under the control of Hayat Tahrir al-Sham, a militant group led by Syria's former Al-Qaeda affiliate.

The region is supposed to be protected from a massive government offensive by a September buffer zone deal, but Damascus and Russian have stepped up their bombardment since late April, seizing several towns on its southern flank.

Nearly 280 civilians have been killed in the spike in violence since then, according to the Observatory.

Rescue volunteers and civilians were seen pulling dust-covered victims from the rubble of destroyed buildings in the wake of strikes on Sunday and Monday.

The United Nations has warned that an all-out offensive on the region would lead to a humanitarian catastrophe for its nearly three million residents.

UN deputy aid chief Ursula Mueller told the Security Council on Tuesday that some 270,000 people had been displaced by the fighting in Idlib since late April.

Aid agencies have been forced to suspend their work in some areas, she said, adding that 22 hospitals and clinics had been hit by air strikes or shelling since April 28.

“The fighting in Idlib since late April had displaced some 270,000 people. Further military operations will overwhelm all ability to respond.

"Further military operations will overwhelm all ability to respond," she warned.

France claimed Tuesday it had an "indication" that a chemical attack had been carried out in the Idlib area, adding that "for now it has not been verified".

The United States reported earlier this month that Assad's regime carried out a chemical "attack" on May 19 during its offensive in Idlib, threatening reprisals.

International inspectors say Assad's forces have conducted a series of chemical attacks in the course of the brutal civil war, which has killed more than 370,000 people and displaced millions since 2011. 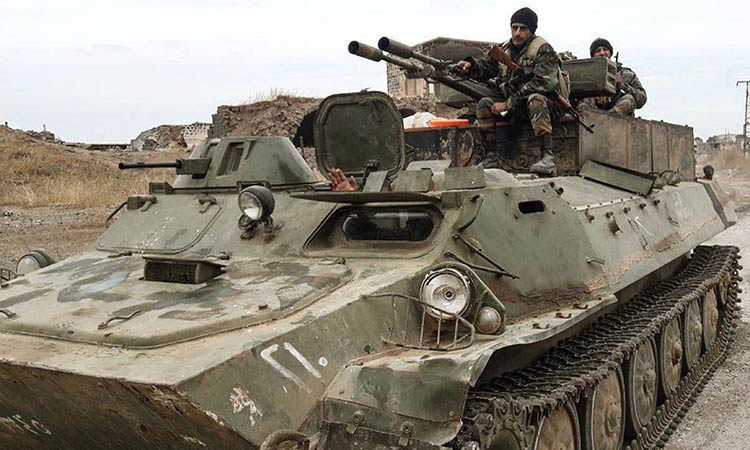