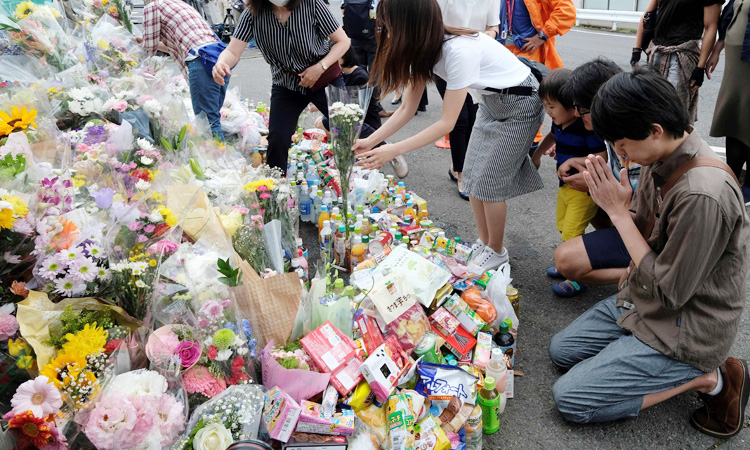 People pay their respects next to flower tributes at the crime scene where a man stabbed 19 people in Kawasaki on Wednesday. Kazuhiro Nogi/ AFP

The 51-year-old attacker, identified by police as Ryuichi Iwasaki, died after stabbing himself during the rampage, and his motives for the horrifying assault remain unclear.

On Wednesday morning, police searched his home, not far from the scene of the morning attack, seizing unspecified material, public broadcaster NHK reported.

Local media said Iwasaki was living with relatives in their 80s, but gave no further details. His occupation was unknown.

Police had no comment on the investigation and declined to offer any further details about the attacker.

Iwasaki crept silently up behind pupils of the Caritas Gakuen (school) as they waited for their school bus and began slashing randomly at them armed with knives in both hands, before fatally stabbing himself in the neck.

Local media citing police sources said Wednesday that the attack took less than 20 seconds to unfold and that two additional knives were discovered inside the attacker’s backpack, which he had left at a nearby convenience store.

But there were few other details about the attacker and his motive for the assault, with neighbours telling local media that they knew little about the man.

A female neighbour told Kyodo news agency that Iwasaki had said good morning to her 40 minutes before carrying out the attack, an interaction she described as unusual.

The news agency said Iwasaki was believed to have gone to local schools, but there was no confirmation.

A man who identified himself as having taught Iwasaki in junior high school, when the suspect was around 14, told NHK he was “not the kind of child who stands out.”

“He and his friends would shove each other playfully, but he didn’t attack anyone violently,” the teacher said.

In the wake of the attack, Japan’s government said it would review measures to ensure the safety of children travelling to and from school.

Japan has one of the lowest rates of violent crime in the developed world, and it is common for even young children to take public transport alone to get to and from school.

“The whole government will work in unison to ensure the children’s safety,” government spokesman Yoshihide Suga told reporters after a ministerial meeting on the issue.

The attack shocked Japan, where violent crime is vanishingly rare, in part because of strict regulations on gun ownership.

On Wednesday morning, people were still arriving at the scene of the attack to lay flowers and other tributes to those killed.

Mourners in Japan sometimes bring drinks or food that the deceased enjoyed to their gravesites, and bottles of soda and juice could be seen Wednesday at the scene of the attack.

The Caritas school will be closed for the rest of the week, and officials said on Tuesday that they would offer students mental health support after the attack. 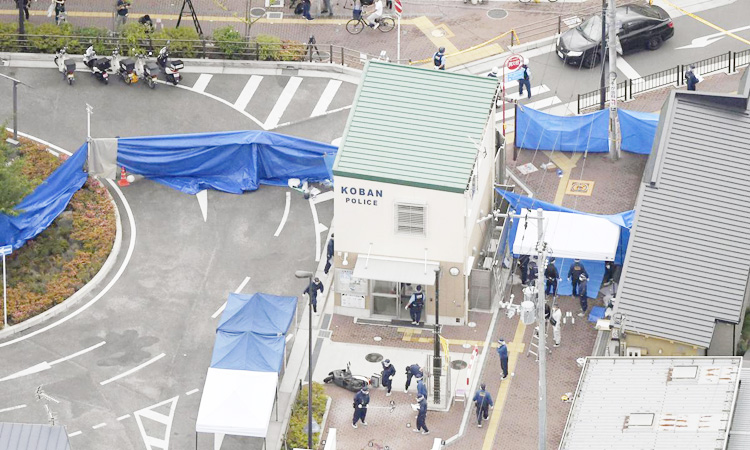 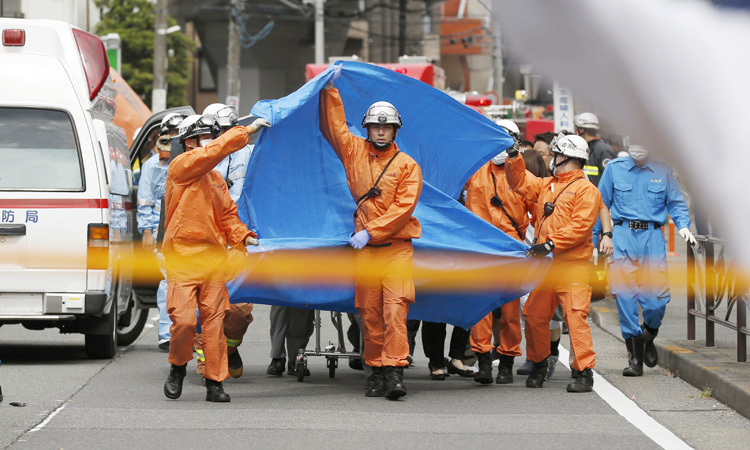