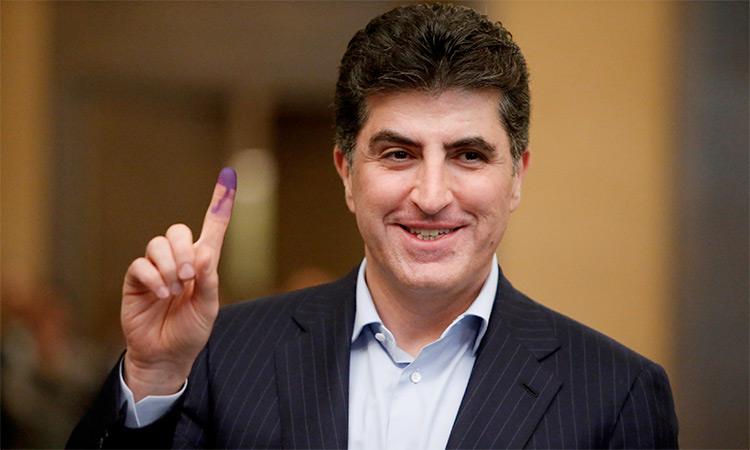 Nechirvan Barzani shows his ink-stained finger after casting his vote at a polling station in Arbil. Reuters

Barzani, a leader of the Kurdistan Democratic Party (KDP) who had been serving as regional prime minister, won 68 votes from the 81 lawmakers present. The regional legislature has 111 seats in total.

He is the nephew of the previous and only other holder of the office, Masoud Barzani.

However, the proceedings were boycotted by the region’s second-biggest party, the Patriotic Union of Kurdistan (PUK) and two small parties, because of a rift between the main political forces in Iraq’s Kurdistan region. The two parties are at odds over several key positions in the regional government.

The PUK wants to split key regional posts among the parties. It also wants a clear power-sharing agreement with the KDP.

In December, the KDP nominated Nechirvan Barzani to succeed his uncle Masoud Barzani as president of Iraqi Kurdistan. It nominated Masoud Barzani’s son Masrour as premier of the regional government.

Masrour Barzani is currently Iraqi Kurdistan’s security chief. Both Masrour and Nechirvan have occupied senior roles in the Kurdistan region throughout the last decade. Nechirvan Barzani is expected to nominate Masrour Barzani to succeed him as a regional prime minister.

Meanwhile, Turkey’s military dropped commandos on mountain ridges in a new operation against Kurdish militants based over the border in northern Iraq, the defence ministry said on Tuesday.

The push began with artillery and air strikes on Monday afternoon, and the operation by commando brigades began that evening, according to a ministry statement. It said the operation targeted Iraq’s Hakurk region, just across the border from Turkey’s southeastern tip, which also borders Iran. The Kurdistan Workers Party (PKK) militant group is based in northern Iraq, notably in the Qandil region to the south of Hakurk. 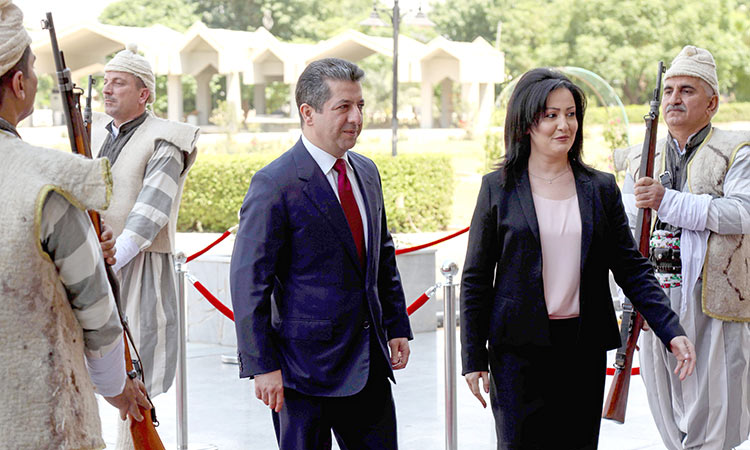 Two years after a failed independence bid plunged Iraq’s Kurdistan Region into months of instability, the new regional prime minister said his priority was strengthening ties with Baghdad, signalling dreams of self-rule should be put on hold. 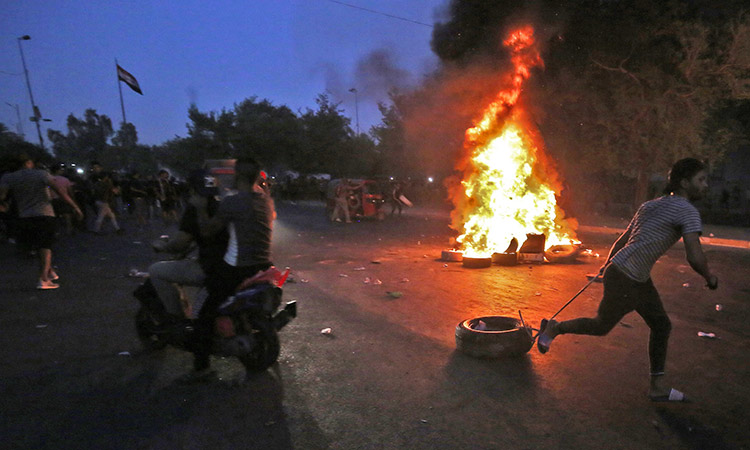 Eyewitnesses said several demonstrators were killed late on Friday when unidentified men attacked and seized a building near the main protest camp in Iraq's capital.