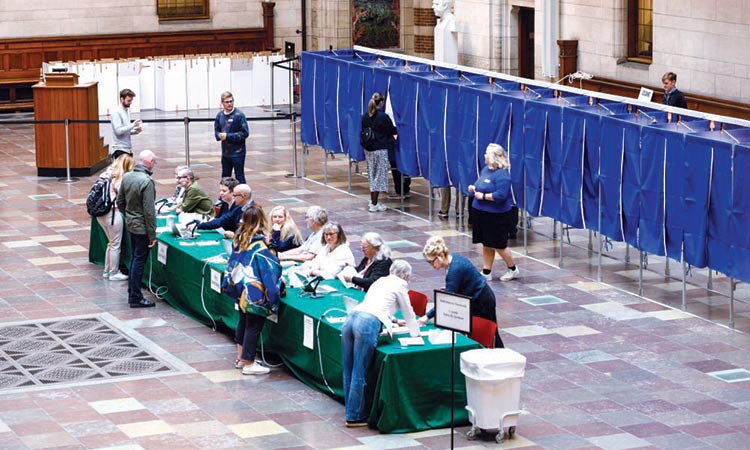 Polls opened at 7 am in the east of the bloc and will finally close at 11 pm in Italy. Seven states have already voted, with 21 joining in on Sunday in what is the world’s biggest democratic exercise after India.

However, exit polls in some countries that have already voted have given pro-EU parties some comfort. The Dutch Labour party, all but written off, looks to have finished first, helped by the visibility of having the EU socialists’ lead candidate, current EU deputy chief executive Frans Timmermans.

In the Netherlands pro-Union parties scored 70%, up three points on the last European Parliament vote in 2014, and left the upstart anti-immigration party of Thierry Baudet fourth on 11%.

The Dutch also turned out in bigger numbers, albeit at just 41%, reinforcing hopes in Brussels of reversing a 40-year trend of declining turnout that critics cite as a “democratic deficit” that undermines the legitimacy of European Union lawmaking.

An exit poll after Friday’s vote in deeply pro-EU Ireland pointed to an expected “Green Wave”. Across the bloc, concerns about climate change and the environment may bolster the pro-EU Greens group and could mean tighter regulations for industry and for the terms the EU may set for partners seeking trade accords.

Britain also voted on Thursday and a new party focused on getting out of the EU was forecast by pre-vote opinion polls to come top, but there has been no exit poll data. Attention there has focused on the resignation of Prime Minister Theresa May. Results will be out late on Sunday, when all countries have voted.

The challenges facing the European project include unprecedented transatlantic slights from a US president who fetes Europe’s populists, border rows among its own members over migrants and an economy hobbled by public debt and challenged by the rise of China.