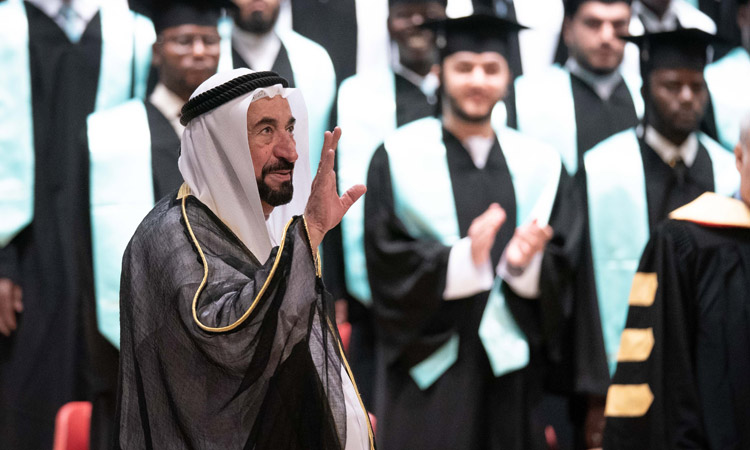 Ruler of Sharjah attends the graduation ceremony of the first batch of students of the University of Al Qasimia.

His Highness Dr Sheikh Sultan bin Muhammad Al Qasimi, Supreme Council Member and Ruler of Sharjah and Chairman of Al Qasimia University, attended on Friday a ceremony to celebrate graduation of 162, representing the first batch of the university graduates. 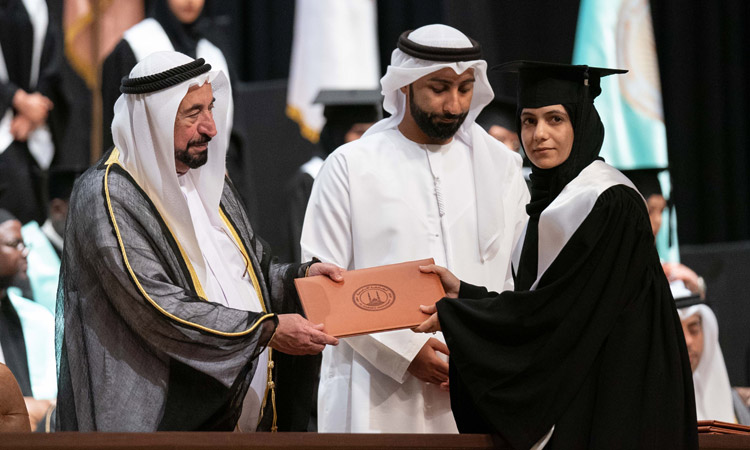 Sheikh Sultan distributes certificates to the students of first batch.

Sheikh Sultan congratulated the students and their families and wished them success in serving their communities.

"A few years ago, we stood here to announce opening of this beacon of knowledge, as a new addition to the human civilisation and thought. A place that supports talents, instill in them the tolerant teachings of Islam and enable them to carry the message of knowledge and to contribute to the advancement of their countries," Sheikh Sultan said. 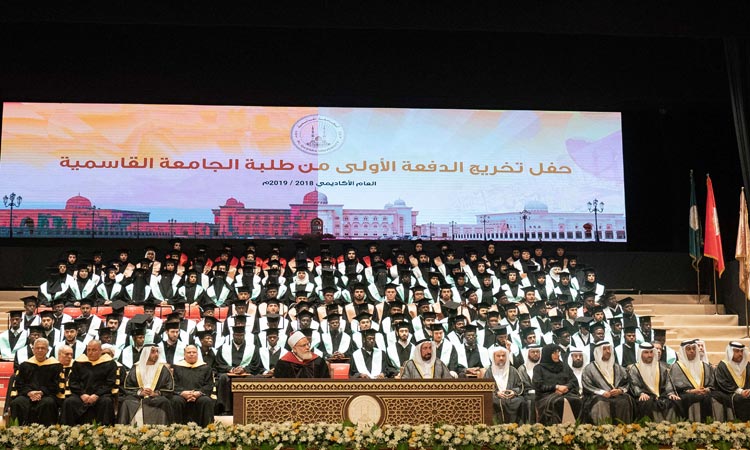 Dr. Rashad Salem, Vice Chancellor of Al Qasimia University, delivered a speech in which he thanked the Ruler of Sharjah on providing scholarships to students from various areas of the world to pursue their education in the the university. He congratulated the graduates and their families.