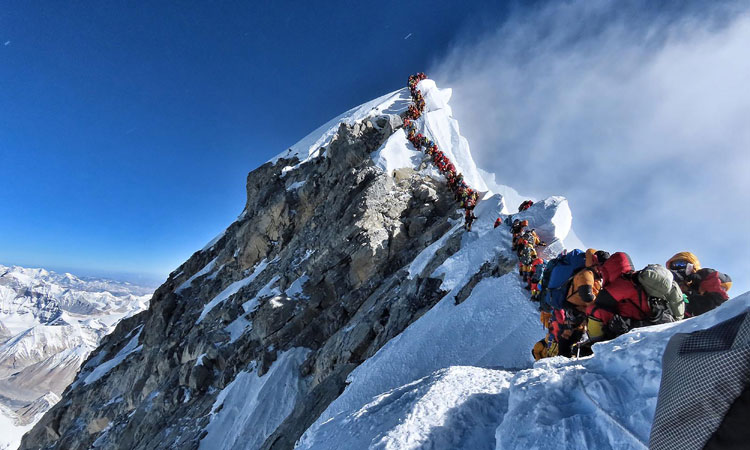 This photo shows heavy traffic of mountain climbers at the summit of Mount Everest. File Photo/AFP

A British climber too weak to descend from Mount Everest died on Saturday, officials said, the eighth climber to die on the world’s tallest mountain and the 18th in Nepal's Himalayas during the current climbing season.

He is the eighth fatality on Everest in the current climbing season that ends this month.

"He died because of weakness after a long ascent and difficult descent,” Murari Sharma of the Everest Parivar Treks company that arranged his logistics told Reuters. "He was descending with his sherpa guides from the summit when he suddenly fainted."

Fellow guides changed Fisher's oxygen bottle and offered him water, but could not save him, Sharma said.

Garrett Madison of the U.S. based Madison Mountaineering company that sponsors climbers to Mount Everest said many were not "well qualified or prepared climbers" and were without the support necessary to ascend and descend safely.

"If they were with a strong and experienced team they would have likely been fine, but with minimal support, once something goes wrong it's tough to get back on course," Madison told Reuters.

Mount Everest can also be climbed from Tibet and casualties have been reported from there this season too. 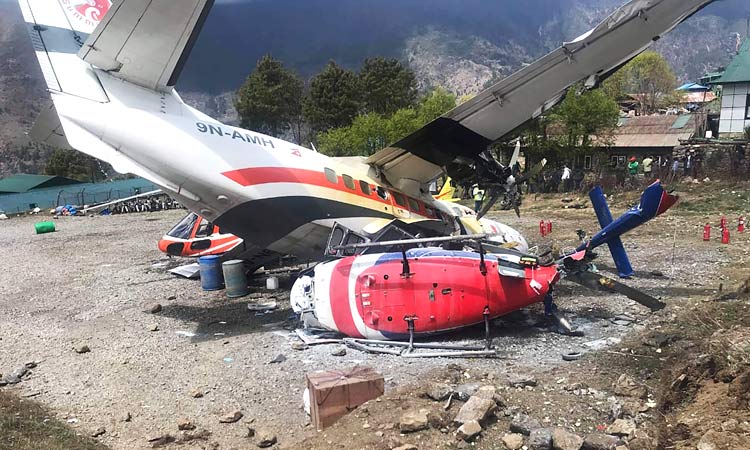