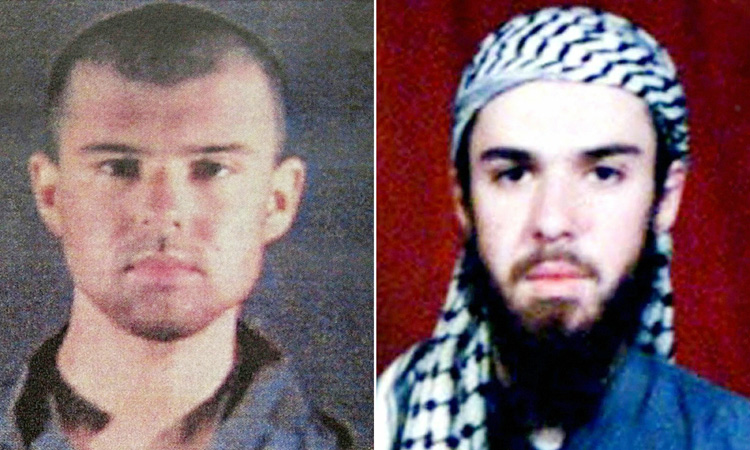 John Walker Lindh, dubbed the “American Taliban” after he was captured fighting for the extremist insurgents in November 2001, will be freed from prison on Thursday amid concerns he has not forsaken the radical ideology that took him to Afghanistan.

Known as “Detainee 001” in the US War on Terror, Lindh’s release after 17 years in prison is resurrecting memories of the September 11 attacks and underscores the fact that, almost two decades later, the US continues to battle the Taliban with no end in sight.

Images of Lindh — bearded, dirty and disheveled and strapped to stretcher after his capture — came to symbolize the country’s enemy.

While Lindh’s family and supporters say he never took up arms against his own country, others say he remains a committed extremist and a danger to society.

In a letter this week to the Federal Bureau of Prisons, two senators asked how his alleged threat would be contained, citing unproven allegations that he “openly” supports extremist violence.

“We must consider the security and safety implications for our citizens and communities who will receive individuals like John Walker Lindh,” they said.

And on the eve of his expected release, a Los Angeles television station, KNBC, said it had received letters from Lindh during his incarceration in which he allegedly praised Daesh and called himself a political prisoner.

But they could complicate any effort to settle back into American society.

Lindh, 38, is being released from the high-security prison in Terre Haute, Indiana three years early for good behaviour in a 20 year sentence.

The quiet son of a middle-class couple who lived north of San Francisco, he converted to Islam at 16 years old and travelled in 1998 to Yemen to study Arabic.

After returning home for several months, Lindh went back to Yemen in 2000, and then on to Pakistan to study further in a madrassa, or religious academy.

In mid-2001, ostensibly drawn by stories of the mistreatment of Afghans, he enlisted in the Taliban’s fight against the Northern Alliance.

After the United States intervened in Afghanistan following the September 11, 2001 attacks, Lindh was one of hundreds of Taliban fighters captured by Northern Alliance forces on November 25.

He revealed his American identity to two CIA officers.

One of them, Johnny Micheal Spann, was killed in a prisoner revolt hours after he interrogated Lindh, making him the first American killed in post-9/11 conflict in Afghanistan.

While Lindh had no role in Spann’s death, his case became politically and emotionally entwined with it.

Once back in the United States, he was branded a traitor and accused of murdering Spann.

Lindh was charged with multiple counts of terrorism and conspiracy to kill Americans, with politicians and generals demanding he be given the death penalty.

But in July 2002, Lindh pleaded guilty to much-reduced charges of illegally aiding the Taliban and carrying weapons and explosives in the commission of that crime.

His 20-year sentence was declared a “victory for the American people in the battle against terrorism,” but raised early questions over how US officials were physically and legally treating War on Terror detainees.

By most accounts, Lindh has clung firmly to Islam throughout his imprisonment.

He spent years with a few dozen other Muslim prisoners in the Communications Management Unit of the Terre Haute prison, where their contacts with outsiders, media and information were tightly controlled.

An internal 2017 report from the US National Counterterrorism Center, obtained by the Foreign Policy website, said that Lindh “continued to advocate for global fight and to write and translate violent extremist texts.”

The claim was not supported by any public evidence. But Alexander Meleagrou-Hitchens, a researcher at the George Washington University Center for Extremism, says that while in prison Lindh became close Ahmad Musa Jibril, an Arab-American who since his 2012 release has preached an extremely conservative version of Islam popular among extremists.

Lindh’s family and attorney remained silent ahead of his release, giving no hint of where he will go and what he will do.

But he will face extremely tough conditions in his three-year probation.

Lindh, who gained Irish citizenship while in prison, cannot obtain a passport or travel abroad.

He can only possess or use an internet-capable computer or phone with official permission and the device has to be monitored continuously by authorities.

The reports about his still embracing extremism will increase the pressure on authorities to maintain a full-time eye on him.

“It would be important for him to go on record declaring his intentions to live a peaceful/constructive life and to renounce terrorism/violence,” she wrote on Twitter.