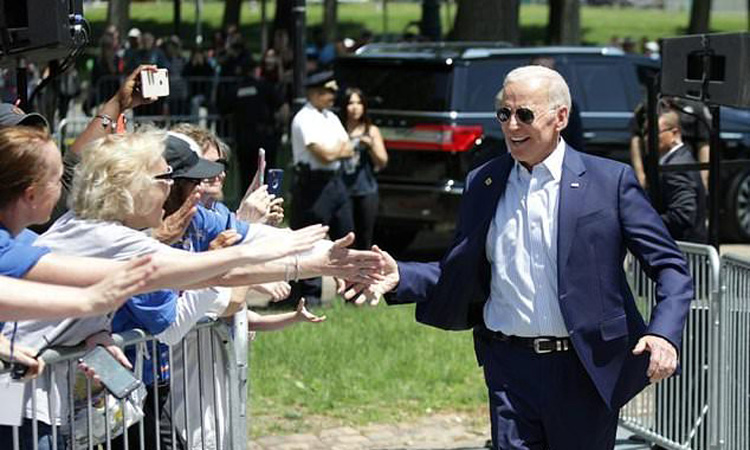 Former US vice president Joe Biden appears to have angered North Korea with his comments about Kim Jong Un on the campaign trail. File photo/ AFP

Biden, who served two terms as President Barack Obama’s deputy, has been on the campaign trail since announcing last month his candidacy for the Democratic Party nomination in the 2020 presidential election.

And some of his comments about the North Korean leadership during campaigning appear to have angered Pyongyang, sparking the colourful commentary by its official news agency KCNA.

It accused Biden of “slandering the supreme leadership” of North Korea — a term usually referring to leader Kim — and said the former senator had become “reckless and senseless, seized by ambition for power.”

“What he uttered is just sophism of an imbecile bereft of elementary quality as a human being, let alone a politician.”

KCNA did not give any further details, but at a rally in Philadelphia on Saturday, Biden had criticised Donald Trump’s approach to the leaders of North Korea and Russia, accusing the president of embracing “tyrants like (Vladimir) Putin and Kim Jong Un.”

Trump became the first sitting US president to meet with a North Korean leader when two met in Singapore last year, and he has repeatedly mentioned his good personal relationship with Kim.

While Biden has a gruelling primary campaign ahead against a packed bench of Democratic hopefuls, he is the current frontrunner and many in his party believe he is their best bet to oust Trump from the White House.

But infuriated by his comments, KCNA put together a laundry list of Biden’s past gaffes and humiliations.

It went as far back as his university days, during which he once got an F for plagiarism, and later accusations that he had copied a speech by then British Labour party leader Neil Kinnock.

It also mentioned Biden falling asleep during an Obama speech in 2011, saying that it turned him into a “laughing stock”, and criticism of him “for his vulgar acts and words about women and his thoughtless remarks.”

Multiple women have accused Biden this year of touching them inappropriately in the past, and his tactile style and invasion of personal space have come under increasing scrutiny in the #MeToo era.

“He is not worth pinning hope on,” KCNA said, adding that he was “a fool of low IQ.”

Washington’s approach to Pyongyang is likely to be a subject of debate in both the Democratic primaries and the main presidential campaign.

After a rapid diplomatic rapprochement in 2018, a summit between Kim and Trump collapsed earlier this year and talks over North Korea’s nuclear weapons have been deadlocked since. 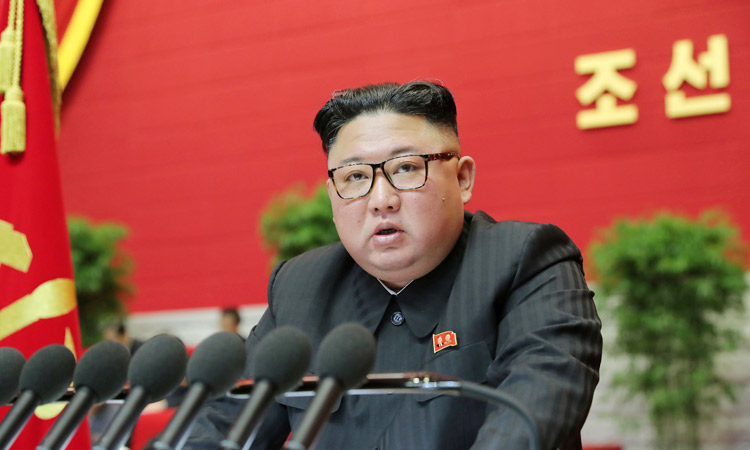 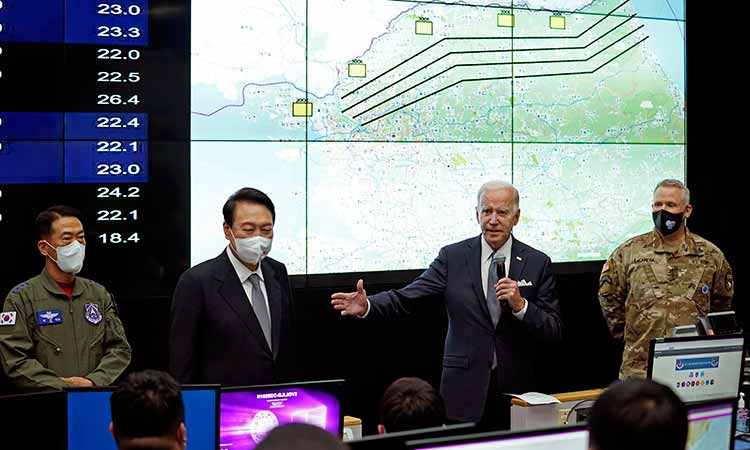