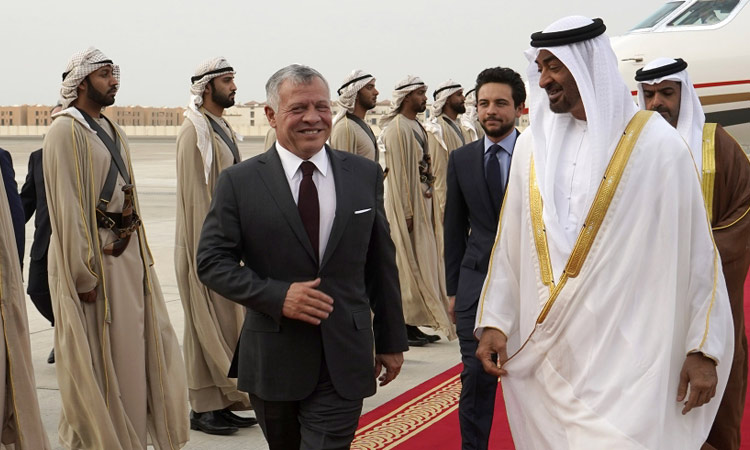 His Highness Sheikh Mohamed Bin Zayed Al Nahyan, Crown Prince of Abu Dhabi and Deputy Supreme Commander of the UAE Armed Forces, has stated that the UAE is closely co-ordinating with Jordan on the current regional developments to protect the supreme interests of Arab countries and ensure security and stability in the region, including safeguarding the freedom of navigation.

Sheikh Mohamed made the remarks as he received King Abdullah II of Jordan on Wednesday at Al Bateen Palace in the presence of Prince Al Hussain Bin Abdullah, Crown Prince of Jordan, where they reviewed prospects of propelling bilateral relations across all fields.

The two leaders directed the foreign ministers of the two countries as well as their chiefs-of-staff to ensure coordination of stances towards the various challenges besetting the region. Accordingly, it has been decided the two countries will conduct joint military exercises in the foreseeable future.