Iraq promotes ecotourism to save marshes 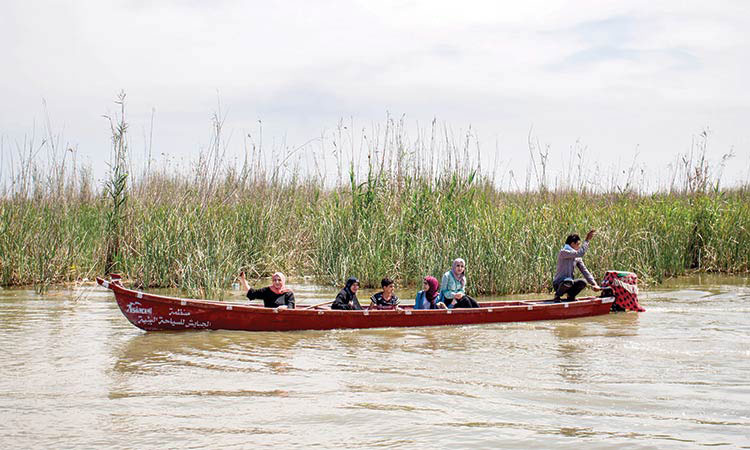 Tourists sit in a canoe as they are shown around the marshes of Chibayish in Dhi Qar province. File / Agence France-Presse

Thirty years after Saddam Hussein starved them of water, Iraq’s southern marshes are blossoming once more thanks to a wave of ecotourists picnicking and paddling down their replenished river bends.

A one-room home made of elaborately woven palm reeds floats on the river surface. Near it, a soft plume of smoke curls up from a firepit where carp is being grilled, Iraqi-style.

A few canoes drift by, carrying couples and groups of friends singing to the beat of drums.

“I didn’t think I would find somewhere so beautiful, and such a body of water in Iraq,” said Habib Al Jurani.

“Most people don’t know what Iraq is really like − they think it’s the world’s most dangerous place, with nothing but killings and terrorism,” he said.

Looking around the lush marshes, declared in 2016 to be Iraq’s fifth Unesco World Heritage site, Jurani added: “There are some mesmerising places.” Straddling Iraq’s famous Tigris and Euphrates rivers, the Mesopotamian marshes are a rare aquatic ecosystem in a country nearly half of which is covered in cracked desert.

Legend has it, they were home to the biblical Garden of Eden.

But they were also a haven for political opposition to dictator Saddam Hussein, who cut off water to the site in retaliation for the south’s uprising against him in 1991.

In the ensuing years, severe droughts and decreased water flows from the twin rivers’ source countries − Turkey and Iran − shrunk the marshes’ surface from some 15,000 square kilometres to less than half that.

It all culminated with a particularly dry winter last year that left the “ahwar”, as they are known in Arabic, painfully parched.

But heavier rains this year have filled more than 80 per cent of the marshes’ surface area, according to the United Nations, compared to just 27 per cent last year. That has resurrected the ancient lifestyle that dominated this area for more than 5,000 years. “The water returned, and with it normal life,” said 35-year-old Mehdi Al Mayali, who raises water buffalo and sells their milk, used to make rich cream served at Iraqi breakfasts. 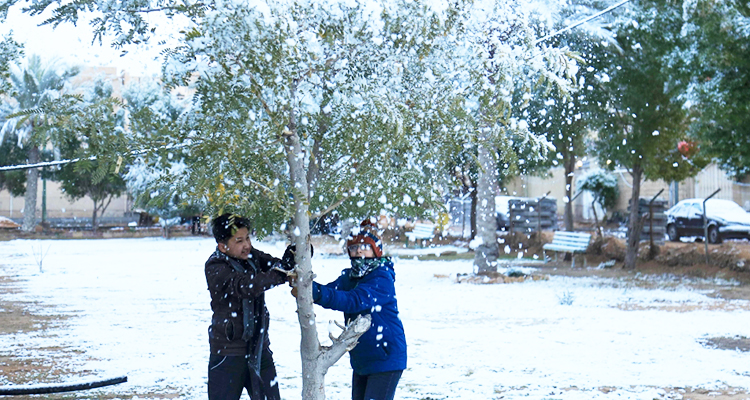