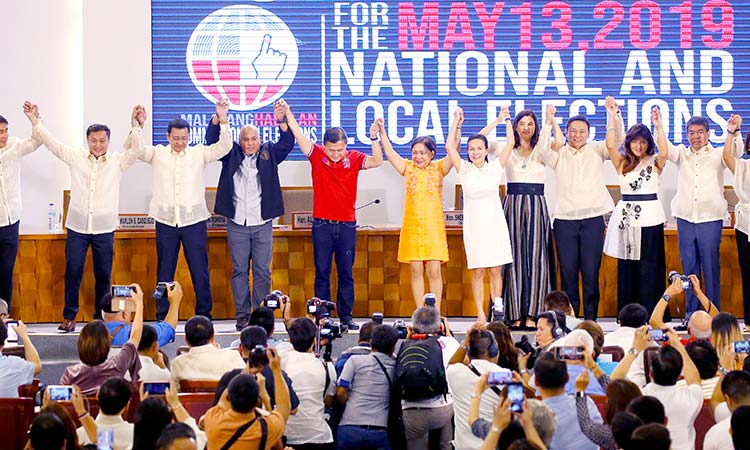 Twelve newly-proclaimed senators raise their hands at the Commission on Elections in Pasay, Manila, on Wednesday. Associated Press

Of the 12 proclaimed, the Comelec said five were reelectionists, four newcomers and three returnees who are to join the remaining 12 incumbent  members for a total of 24 in the chamber.

Rounding up the returnees to the chamber were former senators Lito Lapid, an actor; Pia Cayetano and Ramon Revilla, also an actor who was recently acquitted by a special court called the Sandiganbayan for plunder for his alleged involvement in the $10 billion “pork barrel” allocation granted to lawmakers in the country’s biggest corruption scandal.

The proclamation of the 12 winners, most of whom are identified with Duterte, ensured complete control by the president and his supporters of Congress consisting of the House of Representatives and the Senate. It also left only four opposition members - Senate Minority Leader Franklin Drilon as well as Senators Risa Hontiveros, Francis Pangilinan and Leila de Lima who is detained in a police facilitory following her indictment in court for her alleged link to illegal drugs.

On Tuesday, Pangilinan announced he was resigning as the head of the once dominant Liberal Party (LP) of then president Benigno “Noynoy” Aquino as he took full responsibility for the failure of the eight Senate opposition candidates to land in the Magic 12.

But Vice President Leni Robredo, the LP chairman, rejected the resignation of Pangilinan as well as that of Congressman Kit Belmonte of suburban Quezon City in Metro Manila as the party’s secretary-general. 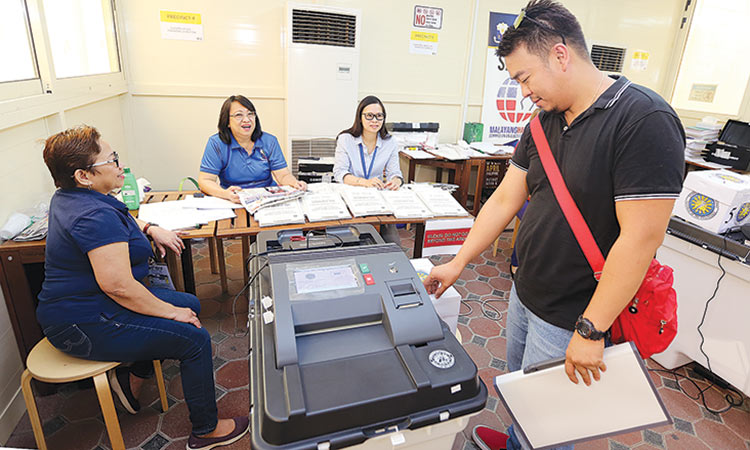