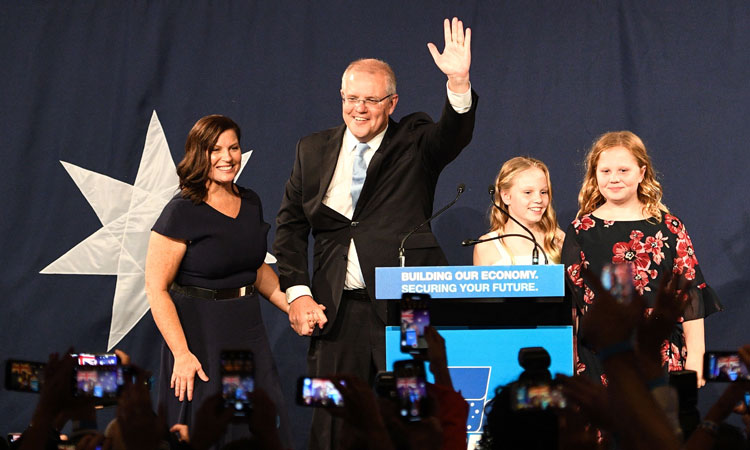 Morrison’s Liberal-National coalition defeated the opposition Labor party on Saturday night to secure a third term in office, despite every public poll during the campaign predicting a Labor win.

While Aussies are normally quick to joke about their Kiwi neighbours, the prospect of three years under conservative Morrison appears to have many contemplating a dash across the sea to New Zealand.

Immigration New Zealand (INZ) said the number of Australians visiting its website for prospective migrants increased 12-fold to 8,522 the day after the election, up from 715 the previous Sunday.

The number who took the next step and submitted details to register interest in migrating soared from 20 to 512 over the same period.

“It is important to note that these are purely registrations of interest in coming to New Zealand and does not necessarily translate to the number of people actually moving,” INZ manager Greg Forsythe said in a statement.

Australians do not need a visa to migrate to New Zealand, making it difficult to gauge how serious the interest is.

However, migration applications from Britain and the United States declined slightly in the following two years.

Immigration Minister Iain Lees-Galloway said he was not surprised at the latest rush of interest from Australia.

“New Zealand is a wonderful destination full of possibilities,” he told reporters.

“I’m not at all surprised. If Australians are looking at us, that’s great.”

It comes after a survey found earlier this month that the most trusted politician among Australians was not one of their own but New Zealand Prime Minister Jacinda Ardern, by a considerable margin.