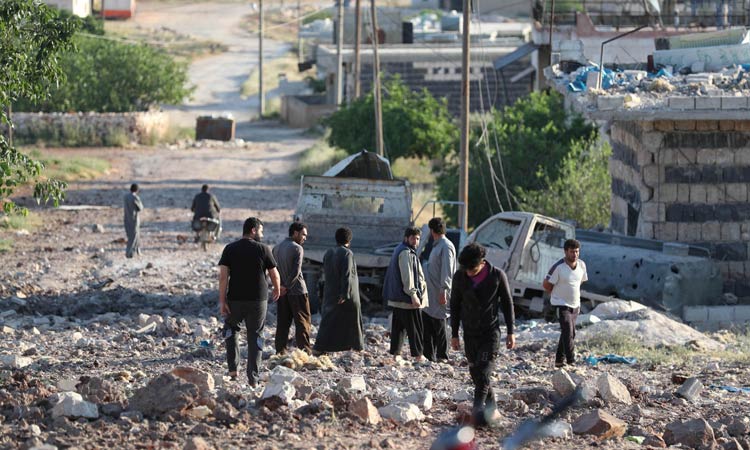 Air strikes by Syrian regime ally Russia have killed 10 civilians including five children in a northwestern militant bastion, a monitor said Monday, hours after Moscow announced a ceasefire there.

The Idlib region controlled by Hayat Tahrir Al Sham is supposed to be protected from a government offensive by a September buffer zone deal, but regime and Russian bombardment has increased there since late April.

The Observatory said Russian air strikes overnight killed five children, four women, and one man in the town of Kafranbel in Idlib province. 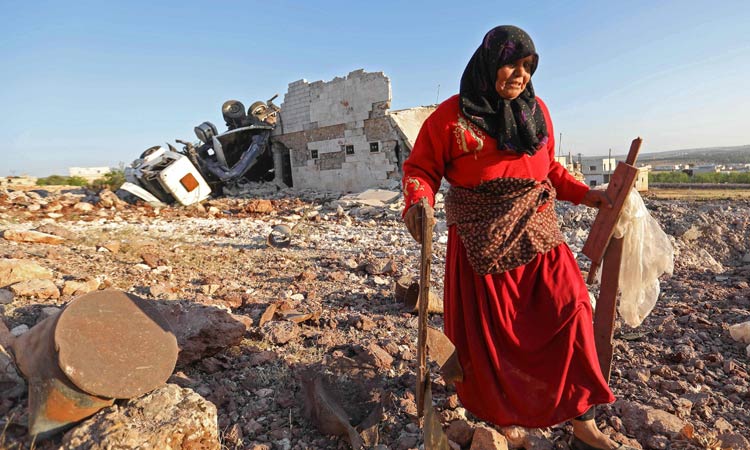 A woman salvages items in the rebel-held part of the Syrian Idlib province on Monday. Omar Haj Kadour/AFP

The air strikes hit near a hospital in the town, knocking it out of service, the Britain-based monitor said.

An AFP correspondent saw five homes on the edges on the town that were destroyed or damaged after the strikes.

Survivors picked through the debris to save the belongings they could, the reporter said, while a young man covered in dust from head to toe leant against a wall, shell-shocked after his father was killed.

Umm Wasel narrowly missed the air strike on her home after relatives invited her over to break her daily fast of the Islamic month of Ramadan with them.

"I came back at night to find my home devastated," said the 72-year-old, dressed in a long red robe and a black scarf covering her hair.

People "had thought I was under the rubble", she said.

The Observatory said six other civilians also died in bombardment by regime forces in other parts of the Idlib region on Sunday. 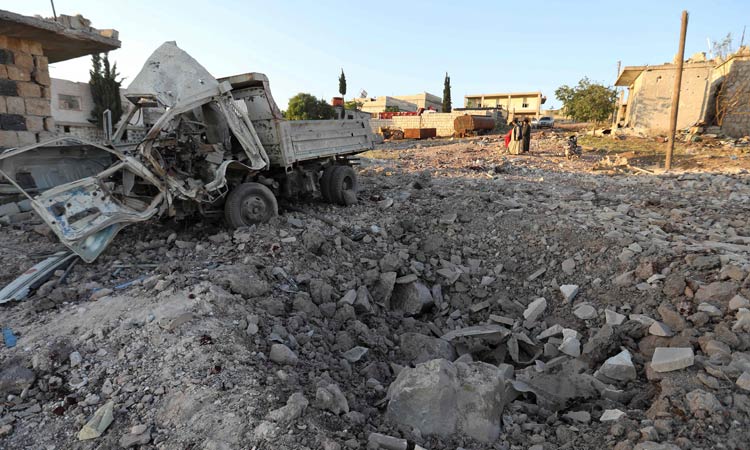 A damaged vehicle lies next to a crater in the rebel-held part of the Syrian Idlib on Monday. Omar Haj Kadour/AFP

The militant stronghold includes most of Idlib province as well as parts of neighbouring Aleppo, Hama and Latakia provinces.

Fighting raged in the north of Hama province between loyalists and jihadists from early Monday, the Observatory said, after relative respite in bombardment over the past three days.

The deadly Russian air strikes come after Russia on Sunday said Syrian armed forces had "unilaterally ceased fire in the Idlib de-escalation zone" from May 18 at midnight, but that fire of loyalists had continued.

Russia and rebel ally Turkey inked a buffer zone deal to protect the Idlib region of some three million people in September, but regime fire has increased there since HTS took control in January.

Syria's war has killed more than 370,000 people and displaced millions inside Syria and abroad since starting in March 2011 with a crackdown on anti-government protests. 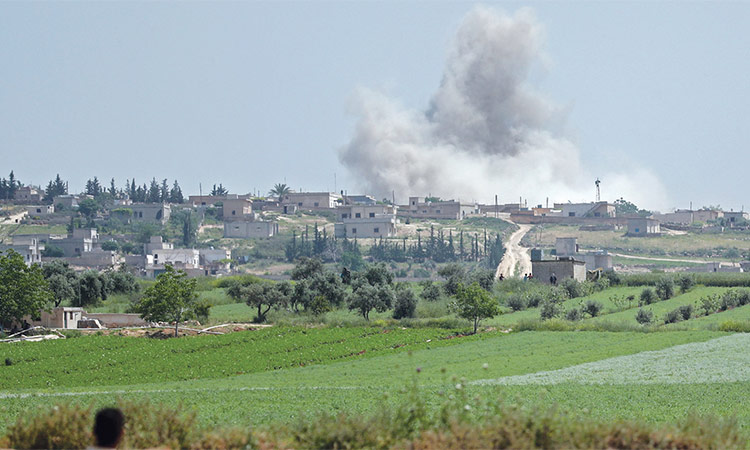