Video: Pakistani ‘cowboy’ rides a bike with a cow - GulfToday 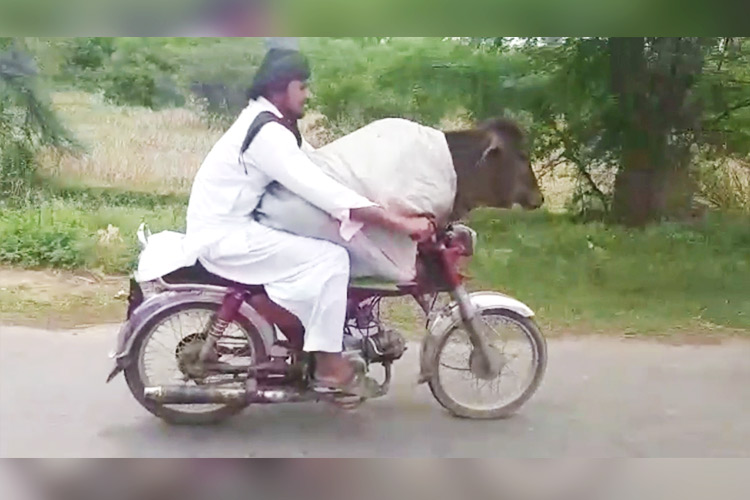 A video grab shows the biker with the cow.

In a rare incident, a Pakistani biker’s video has gone viral on social media. Not for his biking skills, but for accompanied rider.

The man was seen riding a bike with a cow seated calmly. In what appears from the video, the cow was seen thoroughly enjoying the ride and the gaze. A fellow biker was also seen shooting the video.

It was not clear when the video was shot, but natives claim that is in one of the provinces of Pakistan. The video clip has become the talk of the town. Baffled netizens were asking only one question, “How?”

With one netizen said that this could only be possible in Pakistan.

Riding with your pets is a common norm around the world, but having a bovine as your rider makes things really amusing.

Some people have even questioned the authenticity of the   video. A Peshawar resident, Shahzad said, “People in the past have travelled with camels on their bikes.”