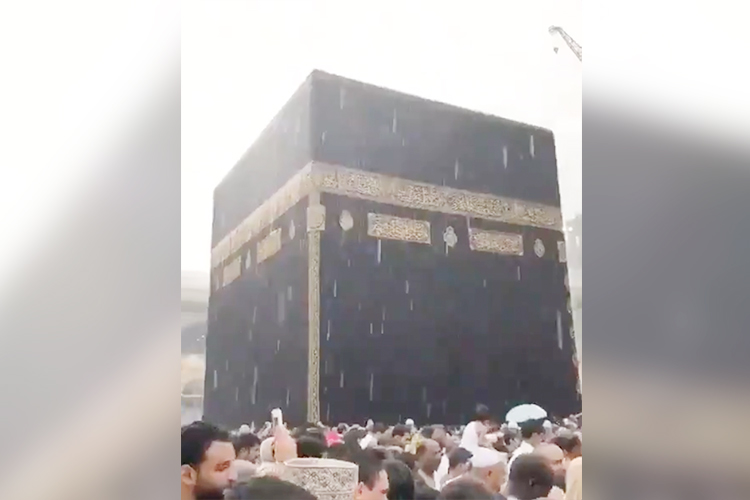 Heavy rain was witnessed in the Holy City of Makkah and in the adjoining areas on Monday.

The Saudi weather bodies said, “Good rain in the Masjid Al-Haram this afternoon…”

The General Directorate of Civil Defence in Makkah called on citizens and residents to take precautions due to the unexpected weather.

The Civil Defence official Nayef Al-Sharif called on everyone to abide by the safety instructions while driving on the roads during the rain and advised everyone to stay away from electrical installations that were exposed to rain water.

He stressed that the administration has taken all precautionary measures to meet the dangers of rain and floods based on the developments and changes in the weather situation. 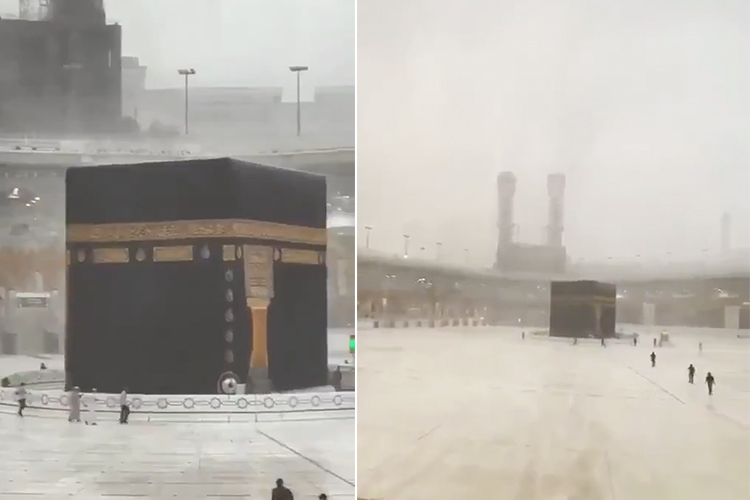 A video doing the rounds on social media showed heavy rain in area surrounding the Grand Mosque in Makkah.