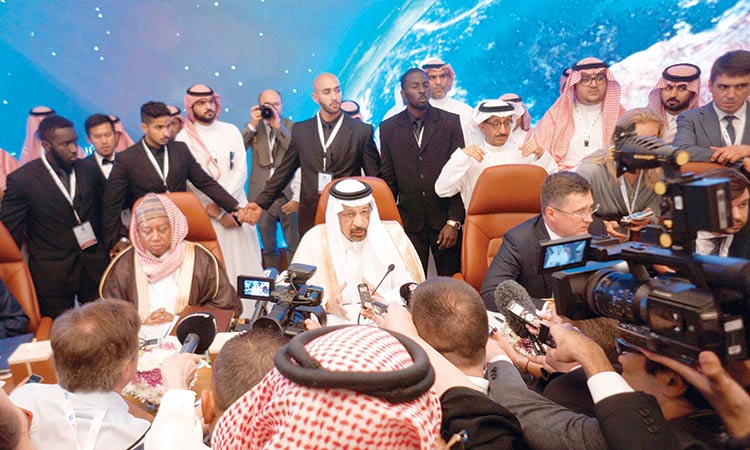 An official source at the Saudi Ministry of Foreign Affairs was quoted by the Saudi Press Agency (SPA) as saying that the call comes in line with the Saudi King’s keenness to “consult and coordinate with the leaders of the brethren leaders of the GCC member states as well as the leaders of Arab League countries, in all matters that would enhance the security and stability in the region.

The Ministry of Foreign Affairs and International Cooperation, in a statement, said the call is reflective of the Saudi leadership’s continued determination to establish peace and security in the region.

The statement underlined, in this respect, the leading role played by King Salman in “unifying Arab ranks and coordinating Arab stances.”

“The current critical circumstances entail a unified Arab and Gulf stance toward the besetting challenges and risks,” said the statement, characterising the call of King Salman as a “significant opportunity for the countries of the region to achieve their aspirations for establishing peace and stability and ensuring our joint security, sovereignty and achievements.”

Bahrain News Agency quoted a statement of the Ministry of Foreign Affairs of Bahrain as saying that the country highly values this call from King Salman, affirming Bahrain’s full support for all the steps taken by Saudi Arabia and appreciating Riyadh’s steadfast solidarity and its strenuous efforts to preserve the security and stability of the region and to promote Arab interests.

Bahrain said that the wise call by the Custodian of the two Holy Mosques affirms the leading Saudi role in cementing joint Arab action.

It also valued the Saudi keenness on enhancing collective action to overcome the delicate conditions that the GCC region is going through consultation and co-ordination between the GCC and Arab countries.

“The Kingdom sees a unified collective position as the guarantor for security and stability of the countries and peoples of the region and a factor of continued development and progress that would contribute to the maintenance of international peace and security,” the ministry said.

During the call, the two sides discussed efforts to enhance security and stability in the region.

Meanwhile, Adel Al Jubeir, Saudi Minister of State for Foreign Affairs, said Saudi Arabia does not want war but will not hesitate to defend itself against Iran.

“The kingdom of Saudi Arabia does not want war in the region and does not strive for that, but at the same time, if the other side chooses war, the kingdom will fight this with all force and determination and it will defend itself, its citizens and its interests,” Al Jubeir told reporters.

“We want peace and stability in the region, but we won’t stand with our hands bound as the Iranians continuously attack. Iran has to understand that,” Al Jubeir said. “The ball is in Iran’s court.”

Al Jubeir also noted that an investigation, led by the UAE, into the tanker incident is underway.

The US Navy said on Sunday it had conducted exercises in the Arabian Sea with the aircraft carrier strike group ordered to the region to counter the unspecified threat from Iran. The Navy said the exercises and training were conducted on Friday and Saturday with the USS Abraham Lincoln aircraft carrier strike group in coordination with the US Marine Corps, highlighting US “lethality and agility to respond to threat,” as well as to deter conflict and preserve US strategic interests. 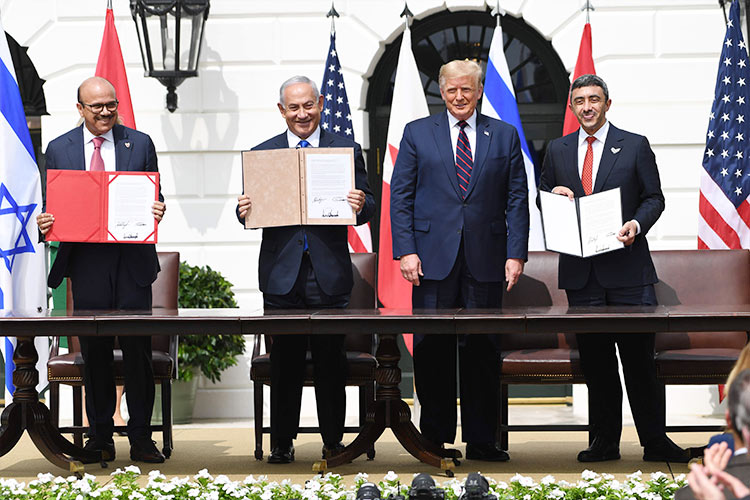 The UAE hopes the accord to normalise ties with Israel being signed on Tuesday will ease tensions that have proved "disastrous" for the region, says minister.
​

President Hassan Rouhani will present a plan for creating security in the Gulf in cooperation with other countries in the region when he attends the United Nations General Assembly in New York this week.