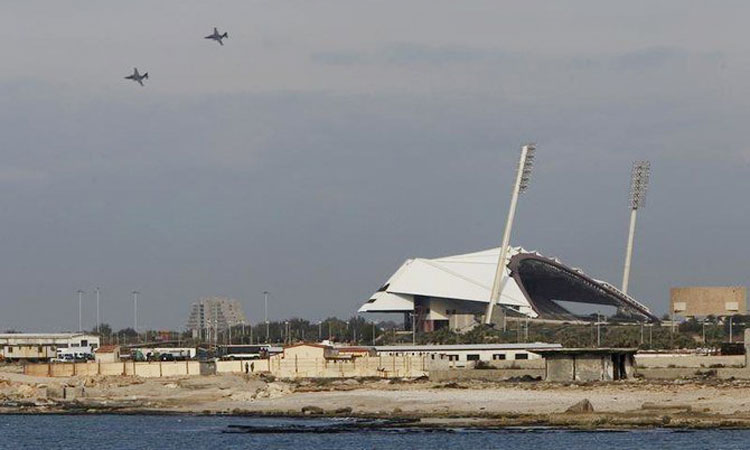 Militant groups fired projectiles at the Hmeimim air base in the Jableh area and at the Al Qardahah area near the Syrian coastal city of Latakia, killing one person and wounding others in Jableh, state TV said.