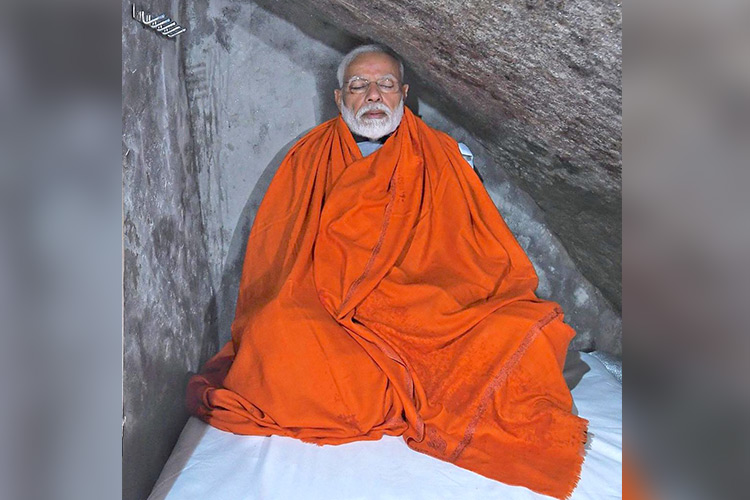 Narendra Modi meditates in a cave in Kedarnath, Uttarakhand.

Twitteratis took turns to express their feeling over the pictures.

@DeepuPatidarINC: Modi ji posing for the camera after the red carpet walk!! #ModiInKedarnath 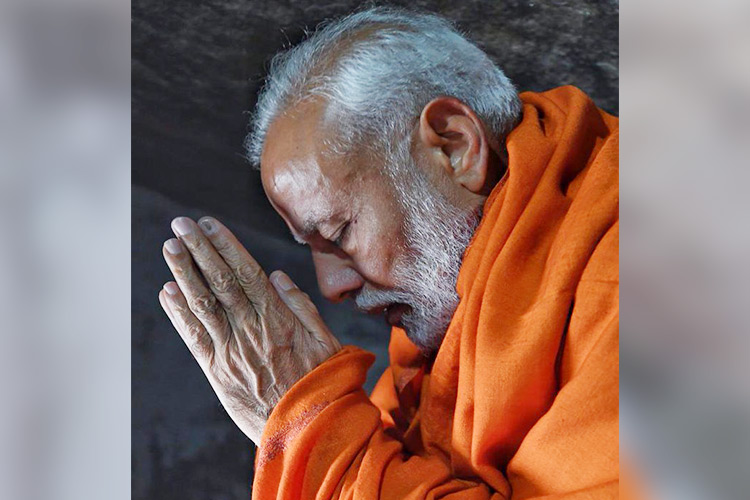 @Bhai_saheb: Yesterday modiji was meditating in press conference and today at kedarnath

@RinchenOngmu: idk about the office of the Prime Minister but Modi would surely have aced a career as a travel blogger/vlogger (the click-bait-more-narcissism-less-content kind)

Seated on a bed and propped up by a pillow, Modi was pictured inside the cave after having walked on a red carpet to the revered Kedarnath shrine dedicated to Hindu deity Lord Shiva.

He also shared pictures that he took enroute to the shrine on Twitter where he boasts 47.3 million followers.

He had to take special permission from the national poll watchdog for the trip as election rules prohibit any campaigning 48 hours before voting, the Press Trust of India (PTI) news agency said.

Modi, who is seeking a second term after leading his right-wing Bharatiya Janata Party (BJP) to power in 2014, has pitched himself as a Hindu nationalist to curry favour with the country's majority community, which makes up around 80 percent of the 1.3 billion population. 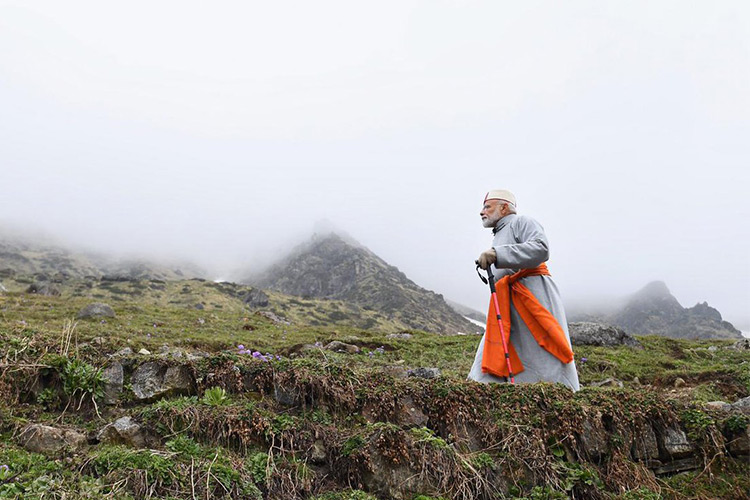 Narendra Modi walks to the cave.

His hectic campaign which started in March has seen him address three rallies a day on average, criss-crossing the length and breadth of the geographically diverse nation which is officially secular and home to a sizeable Muslim minority.

On his trip Saturday, Modi also reviewed reconstruction projects after floods in Uttarakhand in 2013 killed some 6,000 people.

Some 900 million people are eligible to vote in the election, with results due on May 23.