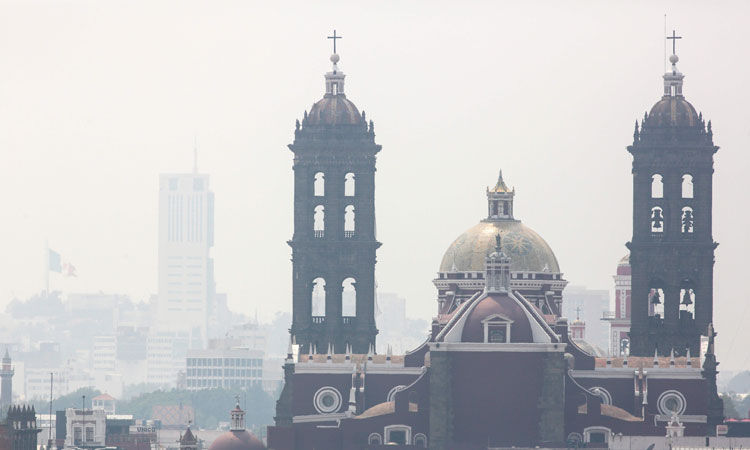 Mexico City authorities have announced a second straight day of school closures for Friday and extended a pollution alert as a cloud of smog continued to blanket the sprawling capital.

Dozens of wildfires have combined with hot, dry weather to cause a sharp rise in air pollution across a swathe of central Mexico — especially in the Mexico City metropolitan area, home to more than 20 million people.

The city declared an environmental alert Tuesday, urging residents to avoid physical activity outdoors and the elderly and those with respiratory illnesses to remain inside.

Friday will mark the fourth straight day under the emergency measures.

“Due to high pollution levels caused by the fires affecting the region and unfavorable weather conditions for the dispersal of the resulting particles, the Mexico City board of education has decided to extend the cancellation of classes,” the education ministry said Thursday in a statement.

The mega-city has been blanketed in a layer of burnt-smelling smog since Saturday.

The air pollution has swathed the skyline in a murky gray and stings some residents’ eyes and throats, causing many to wear surgical masks.

“I have asthma, and I haven’t been able to stop coughing. It’s hard to breathe,” 52-year-old resident Juan Sanchez told AFP.

The authorities have restricted the use of older vehicles, shut down construction sites larger than 5,000 square meters (55,000 square feet), and ordered certain polluting industries to cut their emissions by 30 to 40 per cent.

The Mexican football league first postponed and then relocated a hotly anticipated first-division semi-final match between Leon and Mexico City club America. It will now be played Thursday night in the city of Queretaro, some 200 kilometres (125 miles) to the northwest.

A baseball game was also cancelled.

Mexico City is prone to air pollution, both because of the mountains that surround it — trapping smog overhead — and the capital’s polluting industries and more than five million cars.