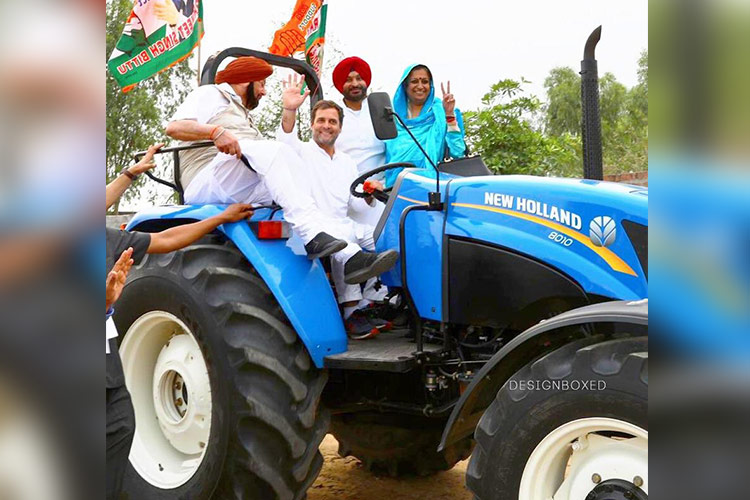 With the Lok Sabha elections being in the last leg, Congress President Rahul Gandhi took some time off from his campaigning schedule to try his hands at driving a tractor. The Congress President Gandhi drove a tractor at a farm in Ludhiana flanked by Punjab CM Captain Amarinder Singh.

The official Twitter account of Indian National Congress said, “The Congress President @RahulGandhi and the Punjab Chief Minister @capt_amarinder made a tractor ride in Ludhiana, Punjab.”

The video of the ride was immediately shared on social networking sites by netizens.

Rahul addressed a rally in support of the Congress candidate Mohammad Sadique from Faridkot and Ravneet Singh Bittu from Ludhiana. He lambasted Prime Minister Narendra Modi for insulting Punjab, and the rest of India, by claiming that no development was done in 70 years and the nation was sleeping till he came to power.

Taking the SAD-BJP combine head-on over the sacrilege issue, Rahul warned of strong action against the culprits behind the Bargari and other cases of desecration of the Holy Scriptures.

Recalling his earlier visit to the region, which was rocked by a spate of sacrilege incidents and the 2015 Behbal Kalan and Kotkapura firing incidents, Rahul said those who insulted religious scriptures did not deserve any mercy.