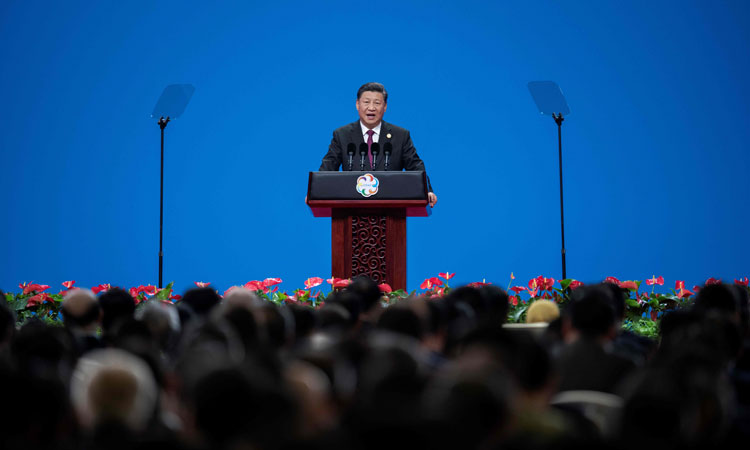 President Xi delivers a speech at the Conference on Dialogue of Asian Civilizations in Beijing. Nicolas Asfouri/ AFP

Xi’s comments, carried in the latest issue of the ruling Communist Party’s influential bimonthly theoretical journal Qiu Shi, were made in a speech in January 2016, and originally published a year later in a collection of Xi’s speeches.

In the piece, re-published as the economy faces strains during a protracted trade war with the United States, Xi takes an unvarnished look at the problems the country faces.

“Though our economy has vaulted to second place in the world, it is big and not strong, and its bloatedness and frailty are quite prominent,” Xi said.

“This is mainly reflected in the lack of strength in innovation ability, which is the ‘Achilles heel’ of this lug of an economy of ours.”

China’s technological prowess is still at the low end of the global value chain, and the “reserves” the country has for science and technology are far from enough, he added.

“The environment in which we open up and develop today is generally more favourable than ever. At the same time, the contradictions, risks, and games we face are unprecedented. If we are not careful, we may fall into the traps set by others.”

Xi has repeatedly promised to open up the Chinese economy, including a vow at a key party meeting in 2013 to let markets play a “decisive” role in the economy, but has also called for stronger, bigger state firms.

Lack of market access for foreign firms has been one of the causes for the current US trade dispute with China, a complaint echoed by the European Union, China’s largest trading partner.

The reprinting of the speech came as the Trump administration hit Huawei with severe sanctions on Wednesday, banning the Chinese telecoms giant from buying components and technology from US firms without prior US government approval.

The article was on Thursday widely picked up by other state media outlets, most likely on orders of the propaganda ministry to ensure maximum impact and readership.

In an explanatory piece to accompany the reprinting of the speech, Qiu Shi also made direct reference to the trade war with the United States, which has seen both countries level tariffs on each other’s imports, and suggested there was no cause for alarm, a message China has repeatedly put forward.

“The whole party must be prepared to make more arduous and harder efforts and carry out a great struggle,” the bimonthly publication said.

“China’s economy is full of strength and resilience. The long-term positive trend has not changed and will not change. We are sure to be able to cope with various risks and challenges, including Sino-US economic and trade frictions.” 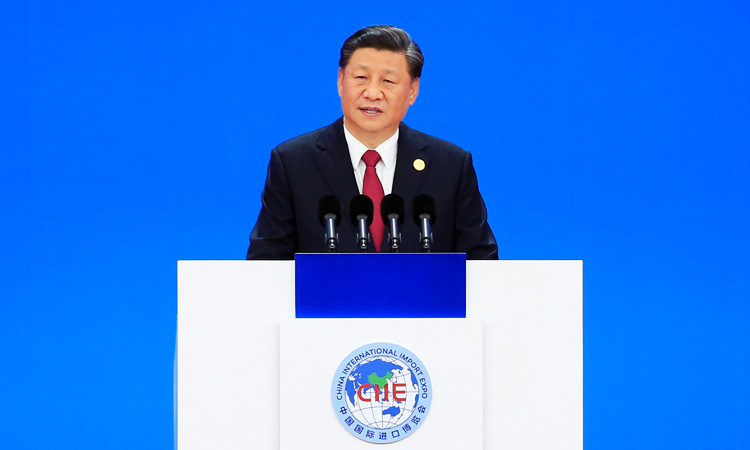