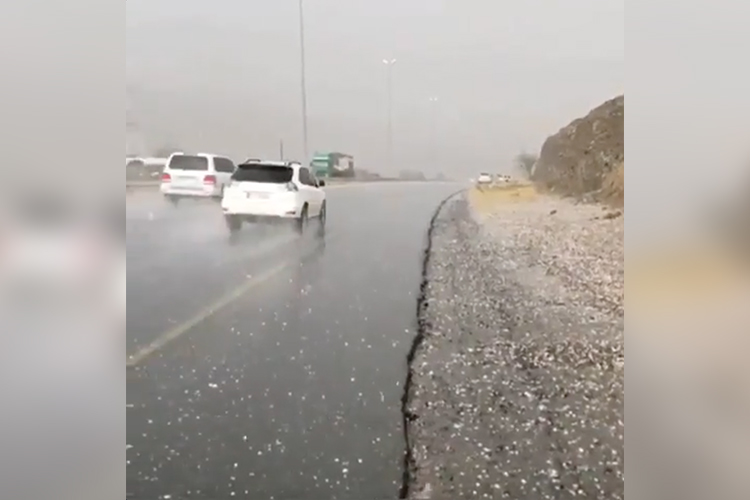 A video grab shows rain and hailstorms in Fujairah.

Heavy rain lashed several areas of the UAE on Thursday afternoon, bringing the temperature down by a few notches.

Some areas of Fujairah also reported of hailstorms.

The National Center of Meteorology expected a trough of low pressure to extend over the region resulting in the flow of a moist air mass from the Arabian Sea, accompanied with an upper air trough from the North.

The NCM said this will cause the movement of clouds from Southwestern Arabian Peninsula and increase the amount of clouds over the country, embedded with some convective rainy clouds from time to time over scattered areas, may be associated with lighting and thunder and gusting winds.

Following is the expected weather over the coming days:

Saturday: Partly cloudy in general, becoming cloudy over some areas, especially over Western and Eastern areas with a chance of some rainfall.

Sunday: The movement of clouds will continue towards the country from Southwestern Arabian Peninsula, embedded with convective clouds over scattered areas, especially over Southern and Eastern areas of the country, associated with rainfall from time to time, especially in the afternoon and evening.

Monday until Wednesday: Due to the increase of the flow of moist air from the Arabian Sea, the weather condition will deepen while clouds increase, as embedded with convective clouds over scattered areas, especially internal areas, Al Ain, and Eastern areas and extending at times over some coastal areas of the country, associated with rainfall of different intensities, with lightning and thunder at times, and the amount of clouds will decrease gradually from Thursday.

The winds, during this period, will be moderate, freshening in case of convective clouds, leading to rough sea and causing blowing dust and sands with poor horizontal visibility at times. 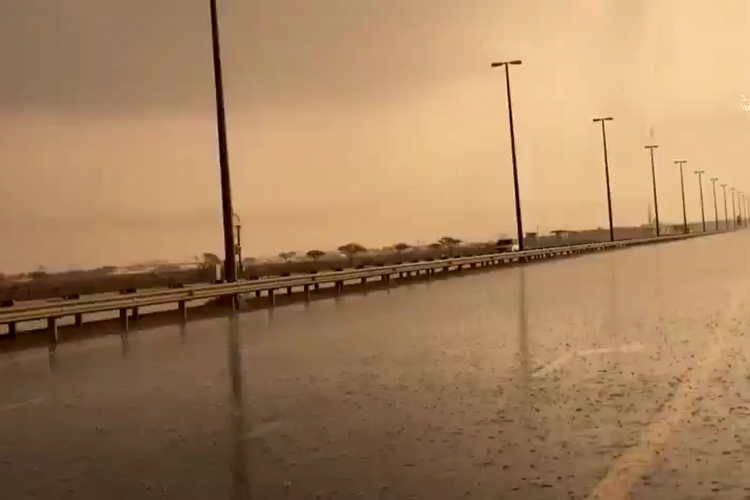