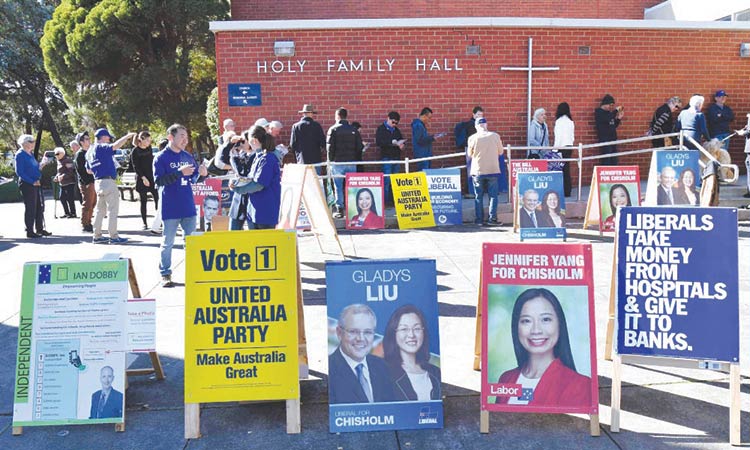 The hugely popular Hawke, 89, died on Thursday and was hailed by Labour leader Bill Shorten for his role in advancing opportunities for education among the working class.

“With his passing, the labour movement salutes our greatest son,” Shorten said in a statement.

Prime Minister Scott Morrison said that Hawke “had a unique ability to speak to all Australians and will be greatly missed.” Labour is on track to end six years of conservative rule although re-election prospects for Morrison have been lifted by tightening polls after early fears he would lose decisively.

Memories of the popular politician’s famous moments, however, are likely to dominate media over the next few days and may give Labour a boost in the final days of the campaign.

In contrasting campaigns, Shorten offered voters an egalitarian dream and reform agenda, saying “It’s Time” for a change, while Morrison warned a change to Labour would risk the nation’s long-held economic prosperity.

An Essential Poll for the Guardian newspaper on Thursday showed Labour ahead of Morrison’s coalition government by a margin of 51.5-48.5 on a two-party preferred basis where votes are distributed until a winner is declared.

Both Morrison and Shorten have campaigned relentlessly since the election was called last month, squeezing in trips to the outback north and island south, along with obligatory big city tours.

On Thursday, Morrison delivered his last major campaign speech in Canberra, while Shorten gave his in Sydney.

They urged voters to see Saturday’s ballot as essentially a fight between Morrison’s aspirations and Shorten’s reforms.

“I will burn for you every day, every single day, so you can achieve your ambitions, your aspirations, your desires. That is what’s at the top of my agenda,” said Morrison. 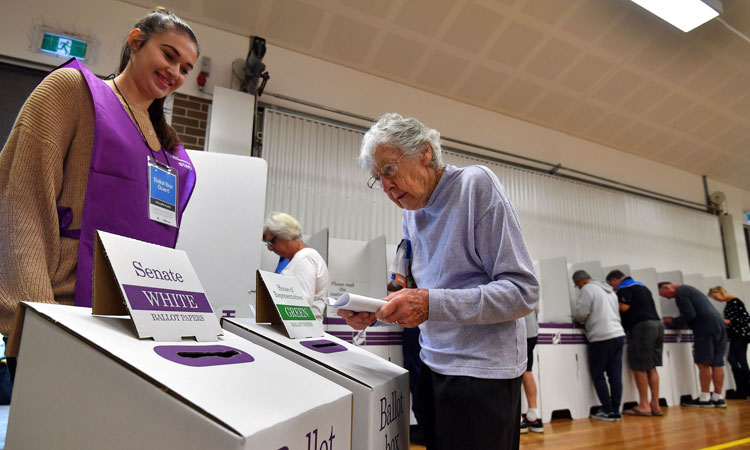